FMCSA’s 30-minute break requirement should be eliminated, the Owner-Operator Independent Drivers Association said in its formal comments on the agency’s hours-of-service proposal.

On Oct. 15, OOIDA submitted 15 pages of comments regarding FMCSA’s notice of proposed rulemaking for hours-of-service regulations.

While OOIDA said the agency’s modification would be an improvement to the current rules, the Associations believes the requirement isn’t necessary.

“Ideally, FMCSA should completely eliminate the current 30-minute break as required,” OOIDA wrote in comments signed by President and CEO Todd Spencer. “The needless and unfounded requirement does not correspond to the realities of freight movement.”

To support its argument, OOIDA cited a report from Dr. Ronald Knipling, a former researcher for FMCSA, NHTSA and the Virginia Tech Transportation Institute.

Knipling said the 30-minute break requirement was primarily started because of a 2011 report titled, “The Impact of Driving, Non-Driving Work, and Rest Breaks on Driving Performance in Commercial Motor Vehicle Operations.”

According to Knipling, the study was flawed.

“Breaks from driving were followed by a 30-50% decrease in safety critical event rate during the next one-hour window,” Knipling said. “However, only four of (the) safety critical events were actual crashes. The other 99.8% were non-crash kinematic events, such as hard braking or swerves. Such harmless surrogate events have no intrinsic significance. To be significant, they must be validated against actual harmful crashes or against a known hazardous condition, such as driver drowsiness.”

OOIDA said the mandate can place truckers in unsafe situations.

“The rule was implemented without any evidence that the break would reduce crashes, and we have not seen any statistics since then proving a reduction in crashes,” OOIDA wrote. “Furthermore, there are many operational situations where the 30-minute rest break requires drivers to stop when they simply do not need to, making the mandate either impractical or unsafe. Eliminating the requirement is a simple fix that would immediately remove drivers from several unsafe scenarios.”

“Drivers would still obtain adequate rest breaks throughout the day …” OOIDA wrote. “During the course of their daily schedules, drivers have opportunities to take breaks at their own discretion or when routine maintenance requires them to do so.”

“These built-in breaks make the 30-minute rule unnecessary and often times unsafe,” OOIDA wrote. “Additionally, drivers feel forced to occasionally park on the shoulder of the road, or in other less than ideal locations, simply to satisfy the rule. The 30-minute break only serves to increase drivers’ fatigue and stress, and as such, should be eliminated entirely.”

“This would improve safety and efficiency as it allows the driver to take a break when he or she needs it without unnecessarily reducing their available drive time,” OOIDA wrote. “Members stated that shorter, more frequent breaks increase driver performance and alertness and would allow for more frequent stops without lengthening the overall work day. Moreover, members said that splitting up the 30-minute break would also help to improve overall health of drivers as it allows them to get up and move around more often.”

FMCSA will accept comments from the public on its hours-of-service proposal until Oct. 21. Comments can be made at the Regulations.gov website by using docket number FMCSA-2018-0248. As of Oct. 16, 7,344 comments had been submitted online.

President Joe Biden has issued an executive order establishing a mask mandate on federal properties by employees, contractors and visitors. 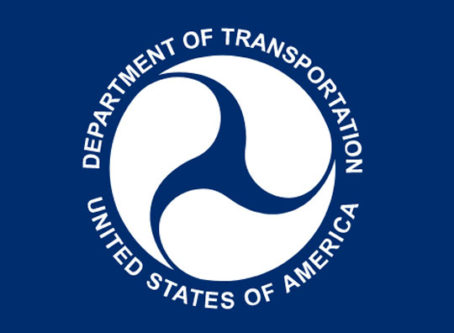