A New Orleans man becomes the sixth individual to plead guilty in an insurance fraud scheme that included staging car crashes involving tractor-trailers with the goal of defrauding insurance and trucking companies.

Defendant Mario Solomon, 48, pleaded guilty to one count of conspiracy to commit wire fraud, according to a May 29 news release from the U.S. Attorney’s Office for the Eastern District of Louisiana.

According to court documents, Solomon was one of eight individuals who were charged in connection with the alleged fraud scheme in December 2019. Five of those individuals have since pleaded guilty. The scheme is alleged to have begun in approximately June 2017 involving as many as 40 staged crashes, including two that occurred on June 6, 2017, and June 12, 2017.

As part of the plea agreement, Solomon admitted to acting as a “spotter” for a co-defendant in both the June 6 and the June 12 staged automobile crashes alleged in the superseding indictment.

The superseding indictment alleges that Damian K. LaBeaud of New Orleans and an unidentified personal injury attorney operating a law firm in New Orleans devised a scheme by which LaBeaud would be paid “$1,000 per passenger for staged and legitimate accidents with tractor-trailers” and $500 per passenger for staged and legitimate accidents that did not involve tractor-trailers. The indictment alleges that LaBeaud was paid for at least 40 staged tractor-trailer crashes.

LaBeaud and one remaining co-defendant Genetta Isreal, of Houston, are scheduled for a jury trial on Aug. 31 in the U.S. District Court for the Eastern District of Louisiana.

Solomon was accused of participating in two crashes involving tractor-trailers. The June 6 crash involved a collision with a 2017 Freightliner tractor-trailer that was merging onto the Chef Menteur Highway. LaBeaud is accused of intentionally crashing into the trucks and then fleeing the scene in a vehicle driven by Solomon while another co-defendant claimed to have been behind the wheel. The law firm then filed a personal injury claim and attempted to get a settlement on behalf of the passengers in the vehicles.

“As a ‘spotter,’ Solomon would follow his co-defendant in a separate vehicle as his codefendant prepared to stage accidents with 18-wheeler tractor-trailers,” the news release states. “After the accidents, Solomon would pick up the codefendant after he exited the vehicle in which he had staged an accident.”

Solomon was paid in exchange for serving as a spotter in at least two car crashes that were staged with 18-wheeler tractor-trailers. The co-defendants received a total of $43,000 as a result of the fraudulent lawsuits that were filed on their behalf.

Solomon faces a maximum sentence of five years in prison, a term of supervised release up to three years, and/or a fine. A sentencing hearing is set for Sept. 17, before U.S. District Judge Eldon Fallon.

The five other co-defendants who entered guilty pleas in the insurance fraud scheme on Jan. 30 are: 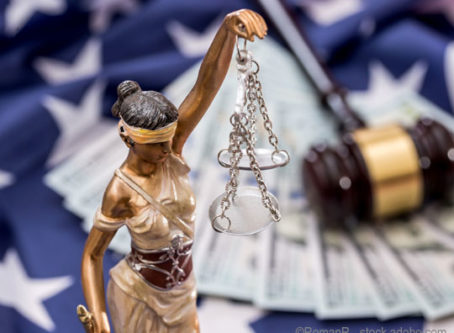 A federal appeals court upheld a verdict against West TN Expediting in a lawsuit involving sexual harassment and wrongful firing of a female trainee.