Have a problem with Illinois rest areas? The Illinois Department of Transportation wants to hear about it. IDOT is collecting data from a public with a survey available through Sunday, Oct. 29.

The survey is 20 questions and asks motorists to identify the most recent rest area visited, rank the importance of various amenities (including sufficient truck parking), evaluate safety/security, etc. IDOT even asks a curious question about private businesses along the highways: “Although current law does not allow it, would you like private businesses to be allowed to develop at or adjacent to rest areas?”

Those taking the survey should make sure to remember specifics about their experience, including length of time of overall trip, time of day visited and how much time was spent at the rest area.

Survey results will be used to develop a plan to determine the best use of the state’s rest areas, according to an IDOT news release.

“Many of our rest areas have reached a point where it’s time to evaluate their future,” said Illinois Transportation Secretary Randy Blankenhorn in a news release. “The feedback this survey provides us will be incredibly valuable. We hope as many people as possible participate so our rest areas can better reflect the changing needs of today’s travelers.”

To take the survey, click here. Paper copies of the survey also can be found at certain rest areas throughout the state.

According to IDOT, the state maintains 30 rest areas and 11 welcome centers on highways throughout the state. More than 36 million people visit the rest areas each year.

Results from Jason’s Law parking survey, which is conducted by the federal DOT, reveals that members of the Owner-Operator Independent Drivers Association and the American Trucking Associations ranked Illinois among the top 10 states with parking shortages. However, reported numbers from the state told a different story.

The FMCSA is investigating broker complaints filed by motor carriers. Also, we discuss how marijuana legalization is affecting trucker safety. 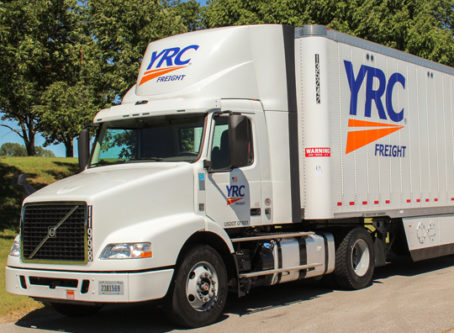