Now imagine trying to put all that stuff on trucks.

“If a strike occurred, the trucking industry theoretically could see enormous demand due to container and boxcar freight that might have to go to truck,” said Avery Vise, vice president of trucking research at FTR Transportation Intelligence. Bloomington, Ind.

“It would make the last two years during the pandemic pale into insignificance.… The volume of freight shippers would try to move would overwhelm all sectors of trucking,” he said.

For the economy as a whole, a railroad strike of more than a few days would be like an economic heart attack.

So, when the Brotherhood of Locomotive Engineers and Trainmen voted by mail in mid-July to strike the railroads, the Biden administration stepped in to hold off a strike at least until September. Meanwhile, a board of arbitrators has been developing a potential new contract.

Officially or not, the president, Congress, and the U.S. Army always have the power to prevent or break any strike – particularly a railroad strike. They’ve done it before. It’s a good bet they’ll do it again if they believe they have to. They definitely do not want an economic heart attack.

Workers are fed up

But rail workers are fed up. That union strike vote? It passed by a majority of 99.5%. That’s not just a little fed up. That’s big-time fed up.

They’re being overworked by the railroads, which haven’t been able to hire enough people. For one thing, after COVID-related layoffs many rail workers were reluctant to return. But according to some railroad experts, the current trouble has roots in the early 1990s, when a guy named E. Hunter Harrison implemented “precision scheduled railroading” at the Illinois Central Railroad. A disciplined system of rail operations, PSR allowed the Illinois Central to cut its workforce and boost profits. Over the next 29 years, PSR spread to all the major railroads in North America. Investors were thrilled. Rail workers were not.

Over time, PSR resulted in longer, more profitable trains and much longer hours for workers who are on call most of the time. According to NBC News, one conductor had to fight the railroad for time off to be at his wife’s funeral.

Now, after years of cutting payrolls and overworking their remaining people, the railroads are struggling to meet shipper demands. For example, poor rail service is stranding containers at sites around the country, including 29,000 empties clogging the ports of Los Angeles and Long Beach, which are still digging their way out of monumental backups from earlier this year. Big shippers are complaining about lousy rail service to regulators in Washington, D.C.

Contract talks have gone on for two years with no agreement. Workers want change, the railroads don’t, and conceivably it could all boil into a strike. Historically, though, railroad strikes have been blocked or broken by the government.

The most recent rail strike in April 1993 started on a Tuesday. Both houses of Congress had passed a bill outlawing the strike by Wednesday night. President George H.W. Bush was wakened at 1:03 Thursday morning to sign it into law. The two-day strike was over.

Earlier rail strikes met similar fates. Railroad workers walked off the job on May 23, 1946. On May 25, President Truman asked Congress for the authority to take over the railroads. The strike ended that day. When another strike was called in August 1950, Truman ordered the U.S. Army to seize the railroads. Workers stayed on the job and the railroads operated under military authority until May 1952, when the strike officially ended.

At least those strikes were peaceful.

During a strike in 1922, the railroads continued to operate with scab workers. At least 10 people died in violence as workers battled company security guards and National Guard troops. The strike gained little.

The most infamous rail strike occurred in 1877. No unions were involved when rail workers in Martinsburg, W. Va., spontaneously walked off the job in July. The B&O Railroad had just cut their pay for the third time in a matter of months.

The country had been in a depression since 1873, and the strike in Martinsburg quickly spread to other railroads and even other industries. Some local law enforcement sympathized with the strikers, and it looked enough like a general uprising to frighten authorities all the way up to President Rutherford B. Hayes. Hayes ordered federal troops to help companies put down the strikes.

Across much of the eastern U.S., strikers and sympathizers fought the National Guard, the U.S. Army, and private militias hired by the companies. The Pennsylvania Railroad alone claimed strikers destroyed 39 buildings, 104 locomotives, and 1,245 freight and passenger cars. An estimated 100 people died in the violence, most shot by troops and company militias. In the end, the strikes gained little to nothing.

It’s hard to imagine rail workers in 2022 are so fed up that they would stage an illegal strike.

“However,” Vise added, “we have seen many things in the past two years that we could not imagine happening, so who knows?” LL 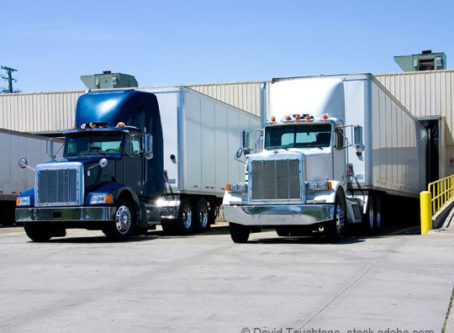 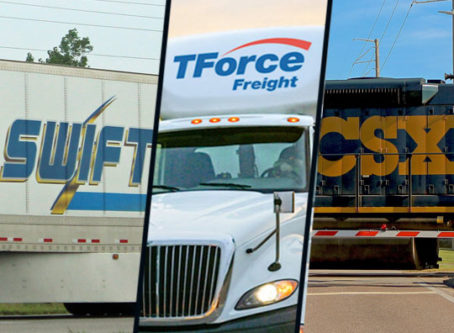