YRC Worldwide has agreed to a settlement worth more than $2 million in a lawsuit filed by investors regarding claims of the company overcharging the Department of Defense.

On April 19, Overland Park, Kan.-based YRC and plaintiffs in a class action lawsuit comprising of people who invested in the company reached a settlement after more than two years of litigation. If approved, YRC will pay plaintiffs $2.1 million. YRC rebranded itself as Yellow Corp. in early 2021.

Filed in January 2019, the complaint accuses YRC and high-level executives, including then CEO James Welch, of violating federal securities laws in a companywide scheme. Investors claim that YRC overcharged for shipments based on weights that were higher than actual weights. At least $2 million per month was earned in “illicit revenue,” plaintiffs claim.

However, the process did not go the other way around. If the customer’s freight was lighter than reflected on the invoice or bill of lading, YRC would go with the heavier weight. In other words, YRC corrected the weight when it benefited the company but ignored any corrections when it would result in a discount or credit.

According to the lawsuit, this scheme was implemented from at least 2005.

In March 2020, a federal district court dismissed the investors’ case. However, plaintiffs appealed that decision. YRC agreed to the proposed settlement before the appellate court could decide on the case.

In July 2020, YRC received $700 million from the U.S. Department of Treasury. Part of the CARES Act, the Treasury received a nearly 30% equity stake in the company in exchange for the funds. Just a few months prior, YRC suspended insurance benefits for employees due to nonpayment of health contributions. The company has thousands of drivers and other employees.

The decision to give YRC $700 million was not made without criticism. Just a few weeks after receiving the funding, the Congressional Oversight Commission released a report that scrutinized the Treasury Department’s decision.

YRC has been rated noninvestment grade for over a decade, struggled financially for years before the COVID-19 crisis, and was at risk of bankruptcy before it obtained a loan from the Treasury,” the commission stated. “Under the CARES Act, a Treasury loan like this one is supposed to be ‘sufficiently secured’ or ‘made at a rate’ that ‘reflects the risk of the loan’ and ‘is to the extent practicable, not less than an interest rate based on market conditions for comparable obligations prevalent prior to the outbreak of the coronavirus disease 2019.’” LL 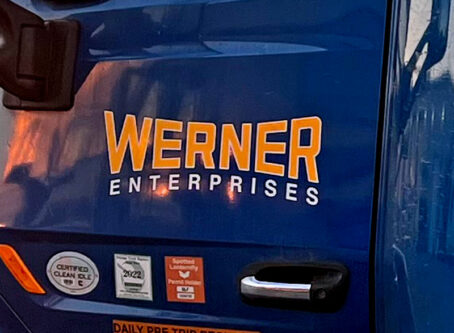