The U.S. Department of Transportation’s Bureau of Transportation Statistics reports that in April trucks moved 62% of NAFTA freight – with trains, planes, ships and pipelines picking up the rest. However, trucking experienced the only yearly decrease among the five freight modes, the first since April 2017.

The value of freight hauled across the borders decreased by 2.5% compared with March, when freight increased by nearly 14% from the previous month. April marks the largest month-to-month decrease since December, when freight was down 10% from November.

In 2018, NAFTA freight increased by more than 7% compared to the previous year, with 63% of that freight carried by trucks. April’s increase puts NAFTA at a 0.6% increase for the year so far.

Trucks carried more than $65 billion of the nearly $105 billion of imports and exports in April.

Freight totaled $104.549 billion, down nearly $3 billion from the previous month but an increase of nearly $2 billion from April 2018.

Vessel freight accounted for the largest increase at 14.4% after an increase of 3% in March. Pipeline had the second highest increase at 12.8%, followed by rail with a 6.3% increase. Truck freight experienced the only yearly decrease at 1%, deviating from a pattern of increases in March (1.3%), February (1.3%) and January (4.1%). In fact, the last yearly decrease for trucking was a 5.5% decrease in April 2017.

Nearly 56% of U.S.-Canada freight was moved by trucks, followed by rail at 16%. Of the nearly $53 billion of freight moving in and out of Mexico, trucks carried 69% of the loads. 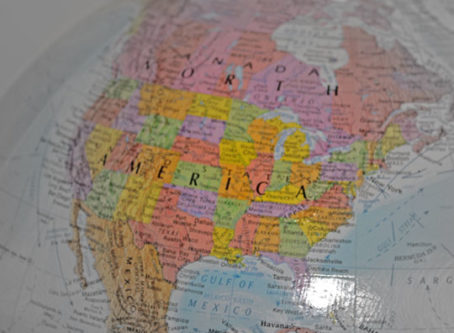