Vermont officials tired of truckers getting stuck at Smugglers’ Notch

Here we are again. Another truck found itself stuck at Smugglers’ Notch in Vermont. For you new drivers out there, consider this your first warning.

Earlier this month, two trucks got stuck at Vermont Route 108, better known as Smugglers’ Notch, within four days. One truck got stuck on June 3 and another on June 6. Probably fed up with this trend, Vermont Secretary of Transportation Joe Flynn sent a letter to the Stowe Selectboard a few days later announcing new actions to be taken to mitigate the problem.

For those of you who do not know about Smugglers’ Notch, it is a mountain pass in Lamoille County, Vt., with some sharp twist and turns. It is because of this snake-like feature that trucks are not allowed on the road. One section is particularly difficult to navigate, even for passenger vehicles.

Numerous trucks get stuck there each year, despite plenty of signage warning truckers to stay off the road. According to Flynn, nearly 100 trucks have gotten stuck at Smugglers’ Notch since 2009. In the past decade, an average of 8.4 trucks get stuck each year.

In 2016, fines for truckers driving on Smugglers’ Notch increased tenfold.

Flynn is now implementing both short- and long-term mitigation measures to prevent trucks from getting stuck at Smugglers’ Notch, wasting the several hours it takes to remove just one truck from the roadway. To start, the Vermont Agency of Transportation is placing the following variable messaging signs:

Additionally, warning signs that state “BE PREPARED TO STOP” are going up at critically narrow rock locations. Furthermore, solar flashing beacons will be at two locations, one on each approach, to enhance the warning signs that already exist that read “TRACTOR TRAILERS PROHIBITED on VT108.” Flynn also said that law enforcement will be patrolling the Smugglers’ Notch area daily and asking truckers if they see the signs. The focus will be on education and data collection, not fines, Flynn said. However, fines are always at the discretion of the officer.

As for the long-term measure, the Agency of Transportation will conduct a formal road safety audit and analyze options for additional future measures.

In October, Land Line reached out to the Vermont State Police for another story about stuck trucks at Smugglers’ Notch. Lt. Bob Lucas pointed out that from Cambridge to Stowe on VT 15 and 100 (the preferred and recommended route) it is about 42 minutes and 28 miles from point to point. By taking Route 108 (Smugglers’ Notch), it reduces the time to 31 minutes and 20 miles, so one would save only 11 minutes and 8 miles.

Lt. Lucas understands that time is money. He also understands that the average time to get a truck backed down is about 40-60 minutes. Response time for a heavy duty wrecker to get on scene is roughly 60 minutes, and then an average of 45 minutes to get the truck removed. This does not include the time spent having the Department of Motor Vehicles complete an inspection on the truck as they too respond to the vast majority of these incidents. Also, do not forget about the cost of damages sustained during these incidents.

“All the departments involved appreciate the hard work and dedication our commercial carriers put into their jobs,” Lt. Lucas told Land Line. “It is not our intention to take motor carriers out of service or impact delivery times — in fact all the steps above have been taken to avoid these issues.” 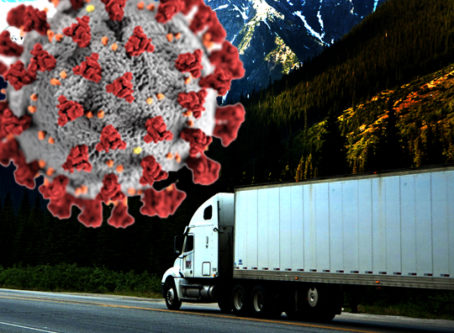 Confessions of a self-driving truck

Hear from a self-driving truck about the progress of it and others like it on taking over the roads. Columnist John Bendel has the low-down.

The Trucking Alliance polishes its halo

The Trucking Alliance says reporting hair testing results to the Drug and Alcohol Clearinghouse would aid safety, but there’s another angle.

Truckers still getting stuck on Smugglers Notch in Vermont

Have you heard of Smugglers Notch? If you know, you know. If you drive through Vermont, you should definitely know. Smugglers Notch is a mountain pass in Cambridge, Vt., in […]