Was 2021 the year FedEx passed UPS to become the biggest carrier in North America? In its annual top 250 carriers list, CCJ Magazine said FedEx is now number 1. We’ll have to wait until June for the Transport Topics top 100 carriers list. It will probably show the same thing.

Earlier this year, UPS sold off its LTL unit UPS Freight, and UPS CEO Carol Tomé declared the goal was to make UPS “better not bigger.” It sounded like she was preparing the world for a UPS move to second place.

It was a long road to the top for UPS.

The company began in Seattle as a bicycle messenger service in 1907 but soon began delivering packages for the Bon Marché Department Store using a doctored Model-T Ford. In those days before most families had a car, department stores delivered your purchases. You didn’t have to carry stuff home. What was then called Merchants Parcel Delivery eventually served department stores up and down the West Coast before expanding to stores across the country.

Legend has it that UPS trucks were originally painted brown because the dark color camouflaged dirt. According to the Teamsters website, company founder Jim Casey “invited” the union to organize his workers in 1916. He would change the company’s name to United Parcel Service three years later and begin offering common carrier package service to all shippers, first in California and later almost everywhere.

Casey was no pushover. He demanded maximum efficiency. In the days before sophisticated electronics, Casey had tachographs installed on all company trucks. The tachograph made a minute-by-minute record that showed whether a truck was moving or not. Those tachograph records were checked each day to see when a driver had spent too long at a stop as well as to gauge overall efficiency. UPS was the first carrier to install tachographs on that scale. Casey died in 1983 at the age of 95.

The Casey family owned a controlling interest in UPS until a record-breaking IPO stock offering in 1999.

By the time most department stores had moved to the suburbs and dropped home delivery in the 1960s, UPS was an established common carrier with a linehaul presence on the new interstates.

There had been minimal highway operations in their department store days. But slowly UPS brown tractors became a common sight as the company found itself in competition with the U.S. Post Office’s parcel post service.

UPS kicked butt there, taking lots of business and continuing to expand. The U.S. Post Office (the U.S. Postal Service after 1971) was the last big competitor UPS faced until FedEx came along.

Since it launched in 1973, FedEx has been gaining on UPS. While UPS started small in one city, FedEx had a national footprint from the beginning. Founder Fred Smith had been a U.S. Marine pilot in Vietnam and established FedEx as an air carrier, not a ground trucker.

FedEx began moving high-priority packages – replacement parts and pharmaceuticals, for example – on 14 small French business jets. Then known as Federal Express, the company flew all packages to it hub in Memphis, Tenn. There, FedEx sorted them overnight and sent them on to destination cities for distribution the next day.

Company founder Fred Smith, then in his mid-20s, had described the overnight system in a Yale business course term paper that earned a grade of C. According to legend, FedEx was once so close to bankruptcy that Smith gambled $5,000 and won $27,000 at Las Vegas blackjack tables. He put that money into the company, the story goes, but it was actually $11 million that Smith raised from investors that saved FedEx.

Since linehaul was by plane, there was little FedEx presence on the interstates in its first decade or so.

But that began to change when FedEx and UPS reached a critical crossroads in 1997. In August, the Teamsters went on strike against UPS. For 15 days, FedEx had all the packages it could handle. More importantly, shippers whose businesses depended on UPS worried the union could strike again. Many rerouted their shipments permanently to nonunion carriers like FedEx and RPS, a package service launched by LTL giant Roadway Express in 1985.

In January of 1998, less than six months after the Teamsters struck UPS, FedEx bought Caliber Systems, the holding company that owned RPS. RPS would be rebranded as FedEx Ground. RPS brought a critical concept to FedEx. RPS drivers weren’t employees. They were private contractors who earned substantially less than unionized UPS drivers. Able to undercut UPS rates, RPS had grown quickly. Despite legal efforts by some contractors to earn employee status, the same basic pay structure remains in place at FedEx Ground today.

FedEx’s Caliber Systems acquisition included California-based LTL Viking Freight. FedEx went on to buy two more LTLs, American Freightways and Watkins Truck Lines, to fill out a national LTL service. FedEx merged the three carriers and launched FedEx Freight in 2001. Compelled to respond, UPS acquired national LTL Overnite Transportation, which became UPS Freight in 2005. UPS and FedEx – neither of which started as a highway carrier – had become the most common logos on the interstates.

As it turned out, FedEx Freight prospered in the LTL business while UPS did not.

Some analysts claim nonunion FedEx was able to use its LTL linehaul operations to move freight for other divisions as well. In fact, the Journal of Commerce reported that FedEx Freight has helped FedEx Ground move an unusually large volume of holiday traffic this year. Unionized UPS had a much harder time mixing LTL operations with its massive, finely tuned, highly successful package delivery machine.

UPS could lose more important business in 2023 when its current contract with the Teamsters ends. The company will be negotiating with the union’s newly elected president, Sean O’Brien, a firebrand who has promised hard bargaining with UPS. If it happens, another strike like that of 1997 will divert even more business to FedEx and other UPS rivals. LL 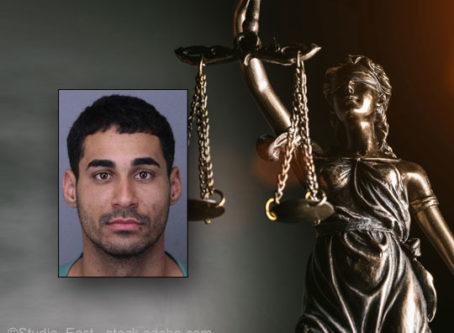 Passing feel-good rules and pushing technology wouldn’t have stopped Rogel Aguilera-Mederos from crashing into the 28-car pileup on I-70.