U.S. Xpress Enterprises plans to exit its U.S.-Mexico cross-border investment, according to a company news release. Citing financial reasons, the company will reduce invested capital by about $40 million.

The Chattanooga, Tenn.-based carrier said the exit is part of its capital allocation and profit improvement initiatives. Additionally, U.S. Xpress expects to record an approximate $12.3 million noncash, pretax loss on equity investments for the fourth quarter of 2018.

According to the news release, these changes align with U.S. Xpress’ continued efforts of its strategic overhaul designed to drive operational improvement as the company strives to deliver its third consecutive year of margin improvement in 2019. The plan will be executed in stages over the next several months.

“As part of our ongoing initiatives to improve profitability and enhance shareholder returns, we evaluated our aggregate investment in our U.S.-Mexico operations, including investments south of the border, in Laredo, Texas, and in U.S. assets and personnel required to service this business,” U.S. Xpress President and CEO Eric Fuller said in a statement. “We concluded that these operations required a comparatively high level of fixed investment per unit of revenue and created lane inefficiency in the U.S., because serving freight to and from the border did not maximize revenue per mile or meet our other network planning priorities.”

Fuller went on to say that in 2018 the combined Mexico and allocated U.S. operations failed to keep pace with improvements in the company’s U.S. over-the-road and dedicated truckload operations.

U.S. Xpress’ cross-border operations involved a 95 percent equity ownership in Xpress Internacional. As part of that ownership, the company maintained investments in the United States, including a trucking terminal in Laredo, Texas, approximately 700 dry van trailers and tractor capacity for serving freight to and from the border.

The recent move will include selling the investment of the Mexican entity to existing managers. Operational transitions are expected to be completed during the second quarter of this year. Components of the plan include:

The last point mentioned suggests that U.S. Xpress will continue to cover shipments in Mexico. However, the company will use a “variable cost” method. U.S. Xpress could not immediately be reached for comment. 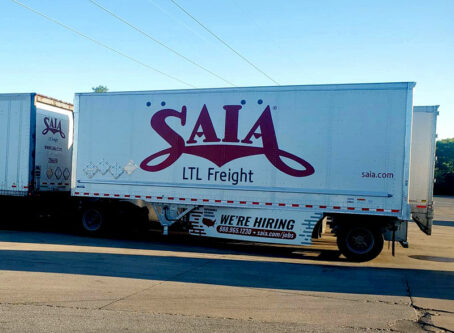 Saia LTL Freight has opened a new terminal in the city of Edwardsville, Kan., on the west side of the Kansas City, Mo., metropolitan area.

Effective Feb. 3, FMCSA removed Nationwide ELD from the list of registered devices, because of a “failure to meet minimum requirements.” 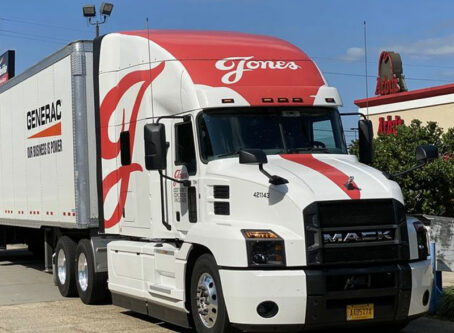 Mississippi-based Jones Logistics has added to its geographic footprint and services by buying Tennessee-based Nationwide Express.

Wabash National has scored some bank, which it attributes to its new strategy and deal with J.B. Hunt. Pent-up demand’s also playing a role.