On March 23, Judge Richard A. Jones concluded after a bench trial that Anna Ream was entitled to more than $1.45 million from the U.S. government for a crash involving a military vehicle. Jones determined the following damages:

In August 2013, two 80,000-pound tractor-trailers and a 5-ton light medium tactical vehicle owned by the U.S. government were driving westbound on SR 18 in Washington state. According to court documents, the tactical vehicle, driven by Sgt. Sean Reeves, was part of a three-vehicle military convoy.

Up ahead, a disabled pickup truck towing a horse trailer was partially in the right lane and right shoulder. The pickup truck was disabled just over the crest of a hill.

Ream accused Reeves, of negligence by not being alert and leaving enough space to either safely stop and/or prevent severe injury. According to court documents, the tactical vehicle was traveling about 50 yards behind Ream. Ream filed a complaint against the U.S. government in a Washington state federal court in September 2017.

Essentially, a driver in a following vehicle is negligent if he or she hits the car immediately in front. Although exceptions apply for emergency conditions, they are circumstantial. Even in an emergency event, like a disabled vehicle ahead, “it is his duty to keep such distance from the car ahead and maintain such observation of that car that an emergency stop may be safely made,” according to court documents.

The U.S. government argues in its motion that the emergency doctrine applies when “a person has been placed in a position of peril and must make an instinctive choice between courses of action after the peril has arisen,” which is based on court precedent. The court disagreed.

A similar case in 2009 concluded “drivers faced with reasonably anticipated risks should be held to an ordinary negligence standard when determining fault.” Considering two heavy-duty trucks ahead of the tactical vehicle safely stopped, and Reeves saw Ream’s brake lights applied from about four car lengths behind, the situation cannot be considered a “sudden emergency,” Jones ruled.

“From Reeves’s vantage point, roughly four car lengths behind plaintiff, this was nothing more than a tractor-trailer braking and coming to an abrupt stop,” Jones said. “Failing to adequately reduce speed in the face of brake lights does not constitute a ‘helpless peril.’”

Consequently, the U.S. government’s motion was denied and Ream’s motion was granted. With a bench trial, the only thing left for Jones was to determine causation and damages.

“The court finds that it was more likely than not that plaintiff developed symptomatic annular tears and herniated discs from the accident requiring medical care,” Jones said.

When determining past lost wages, the court used Nevada’s average trucker wage of about $43,000 a year. Ream was out of work from the time of the crash until cleared for work in June 2015.

A member of both the American Economic Association and the American Academy of Economic and Financial Experts, testified that the present value of Ream’s future earnings as a truck driver amount to $568,362 to $792,881. The totals are based on both the average work-life expectancy and the 75th percentile work-life expectancy for a woman with between zero and 12 years of education but less than a GED and high school diploma.

However, Ream can participate in low-skilled, sedentary to light work, earning about $17,000 a year. Considering both factors, the court determined the future lost wages of more than $300,000.

The U.S. government will pay for damages.

Small-biz loan program out of cash

A small-business loan program was given hundreds of billions by Congress to help those firms keep operating – but it may be too late for some to take part. 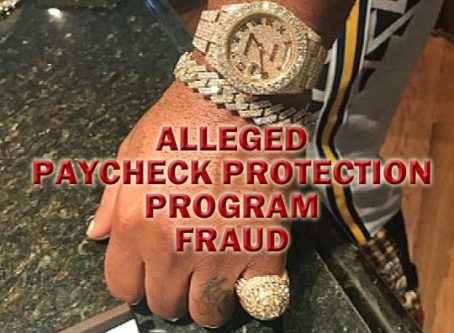 Maurice Fayne, owner of Flame Trucking, was indicted for allegedly using money from a PPP loan for personal use. However, the company may not even exist.