West Buechel, Ky., isn’t the only municipality within the Commonwealth of Kentucky imposing an unloading fee or tax on commercial carriers that may conflict with a state law and the Owner-Operator Independent Drivers Association wants answers.

Mike Matousek, manager of government affairs for OOIDA, sent letters to Dry Ridge, Ky., and Williamstown, Ky., expressing OOIDA’s concern over their continued implementation of fees and taxes that may conflict with Kentucky Revised Statute 281.830, adopted in 2015.

Paragraph (3) of this statute states:

“A city or county shall not impose or collect any fee or tax of any kind upon any interstate or intrastate commercial private or for-hire motor carrier vehicle for loading or unloading of property, including household goods.”

On July 12, Matousek wrote to Mayor James Wells, “According to Article VI of Ordinance No. 828-2017, the city of Dry Ridge imposes a ‘license tax’ which is 0.05 percent of taxable gross income, with a minimum license tax of $40 annually and maximum license tax of $1,000 annually. Nonresident truckers would appear to fit the ordinance’s definition of ‘business’ and ‘business entity,’ thus they would be subject to the tax. While the ordinance doesn’t explicitly describe the license fee as a loading and unloading tax, that’s precisely what it is.”

On the same date, Matousek sent Williamstown Mayor Rick Skinner a similar letter regarding §110.14 (License Fee Schedules) of Williamstown’s General Licensing Provisions, in which the city charges non-resident truckers $50 for an “unloading” license.

Land Line Magazine contacted both offices for comment on the letters sent out by OOIDA.

A representative for Mayor Skinner acknowledged receipt of the letter, and stated there would be no official comment until the city attorney had an opportunity to fully investigate the situation. As of press time, there has been no response from Mayor Wells or the Dry Ridge city attorney, Pete Whaley. 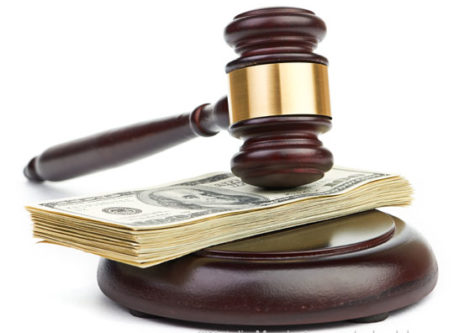 Cypress Insurance is on the hook for $21 million after unsuccessfully arguing a fatal truck crash was an act of God.