Truckers still getting stuck on Smugglers Notch in Vermont

Have you heard of Smugglers Notch? If you know, you know. If you drive through Vermont, you should definitely know.

Smugglers Notch is a mountain pass in Cambridge, Vt., in Lamoille County. It has a glorious view, especially this time of year. Also, it is completely off limits to tractor-trailers.

Traversed by state Route 108, there is plenty of signage letting truckers know to stay off Smugglers Notch. Despite the warnings, truckers get stuck on the mountain pass every year. Often, it’s the result of following a navigation app and ignoring signs.

This is not a new problem. Land Line reported on the problem back in 2016.

At the time, the director of the Vermont Department of Motor Vehicles’ Enforcement and Safety Division told Land Line nothing was working.

“It seems like no matter how much education we try to do or reach out or signage, we’re having an issue specific to tractor-trailers,” Col. Jake Elovirta said.

More than six years later and the problem still persists.

More recently, the Vermont Transportation Agency stepped in to find solutions. According to a WCAX report, the agency has reached out to the community to find a way to get trucks off Smugglers Notch.

Ideas being thrown around include “a difficult-to-maneuver island at the head of the road or using ‘intelligent transportation systems sensors.’” Someone even suggested a 13-foot gateway arch that would prevent tractor-trailers from entering Smugglers Notch. However, that could prevent other vehicles from coming in, and Lord knows how many times that may get struck considering how many times existing signage is being ignored.

The best way to prevent incidents like stuck trucks at Smugglers Notch is better driver training. Too many drivers, young and old, are relying too much on technology to determine their routes. Technology is just one of many tools truckers should use on the job. A little common sense and paying attention are also necessary.

This is another fair warning to stay off Smugglers Notch. According to WCAX, the fine is now $2,400. That’s a hefty price to pay for ignorance. LL

ELDs for in-state drivers in California is another bad idea from the state that came up with the incredible “Truck Stopping Device.”

Who is your ELD talking to?

Even though ELDs haven’t decreased crashes, there are too many nefarious uses of the device that big biz will fight against ending the mandate.

A bill in the House would repeal FMCSA’s entry-level driver training rule. It would be a huge step backward, Land Line’s Mark Schremmer says. 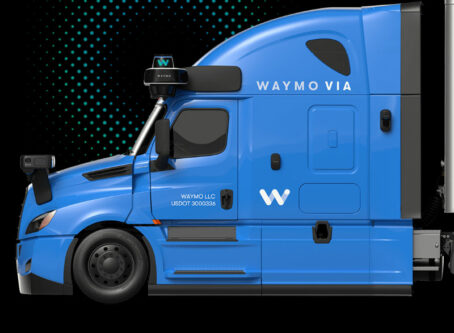 The return of the driverless beer run

Driverless beer runs with “safety” drivers are stunts hiding the dirt behind the PR glare. Columnist John Bendel points out a few things.