Truckers for Troops starts on Monday

For 13 years, truckers have shown in a very real way their support for our troops and veterans. And starting Monday, they’ll do it again.

Monday is the opening day of the 2020 Truckers for Troops campaign, raising money to send care packages to our troops overseas, and to support the Veterans Community Project, which helps homeless and other needy veterans transition into permanent housing, and a better life.

All that week, truckers can join OOIDA or renew their membership at a discounted rate, with 10% of that going into the fund and OOIDA matching the money dollar for dollar.

The campaign also includes stories of troops who have received care packages paid for by truckers’ donation, and this year, stories to introduce you to the Veterans Community Project and how it helps veterans.

That includes Vincent Morales, one of group of veterans who founded the Veterans Community Project; a veteran and former U.S. Senate candidate who’s joined the cause; veterans who have benefitted from the project; and a recipient of a previous Truckers for Troops care package.

Truckers for Troops will also feature the Land Line Now crew, along with Land Line Magazine’s Jami Jones, talking about the effort, and a few reports as the calls come in.

Since it started, Truckers for Troops has raised more than $670,000 dollars, sent care packages serving more than 38,500 members of our military and aided more than 60 different facilities that serve veterans. LL 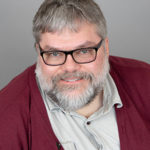