A Rhode Island couple was indicted Tuesday after investigators said the pair coerced drivers of their two trucking companies to falsify daily vehicle inspection reports. The married couple have been charged with seven counts of false statements.

Leslie and Robert Cucino were indicted on April 11. The couple owned CDE Corp., established in 2009, and Winsor Hill Hauling and Recycling, which was established in 2015. Both companies transported refuse and scrap metal.

According to the indictment, the Cucinos coerced drivers to falsify daily vehicle inspection reports by threatening termination if they did not. Drivers were told to indicate “no defects” on the reports despite the trucks having serious safety defects. False reports for CDE drivers were filed in official CDE files in the event of a Federal Motor Carrier Safety Administration inspection.

This same scenario played out in October 2013 and in September and October 2014.

Each of the seven false statement counts carry a maximum penalty of five years imprisonment, a $250,000 fine and three years supervised release. As of press time, neither defendant had entered a plea.

According to FMCSA’s website, both trucking companies indicate having only one truck and one driver. CDE lost its operating authority after failing to complete its biennial MCS-150 update. CDE’s last MCS-150 form date was in October 2015. 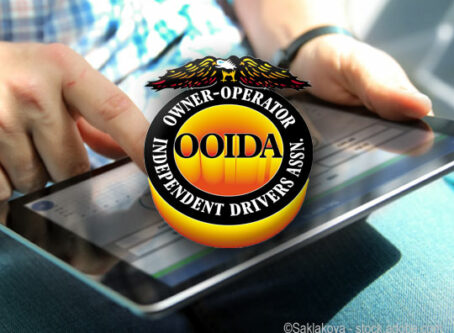 FMCSA is asking for comments about ELD regulations, hinting at possible changes to the pre-2000 engine exemption. We’ll have the details.