Tropical storms continue to cause concern

The 2021 hurricane season has been extremely active with eight storms making landfall so far, forcing states throughout the southeast and as far north as Rhode Island to declare emergency declarations.

Most recently, Connecticut enacted an emergency exemption notice that will remain effective until Oct. 10. The order is specifically for the intrastate transportation of gasoline, diesel fuel, fuel oil, biodiesel and propane, and it is a direct result of problems associated with Hurricane Ida.

Motor carriers are provided relief from hours-of-service regulations through this exemption, but they must have a copy of it in their possession.

Drivers may come back into compliance after 24 hours off-duty, which starts at the end of their extended-hours period.

The latest tropical storm to make landfall was Hurricane Nicholas, as a Category 1 storm. Nicholas forced road closures, including Interstate 45 in the Houston area, due to high water and debris. On Sept. 14, the storm was downgraded to a tropical depression but not before leaving hundreds of thousands of residents without electricity.

As the storm shifts to southwest Louisiana on the heels of Hurricane Ida, life-threatening flash flooding remains a major concern in portions of Louisiana, Mississippi, Alabama and Florida over the next several days, according to a National Weather Service advisory issued Sept. 15. Moving at approximately 5 mph, Nicholas could produce as much as 10 inches of additional rainfall in some locations. 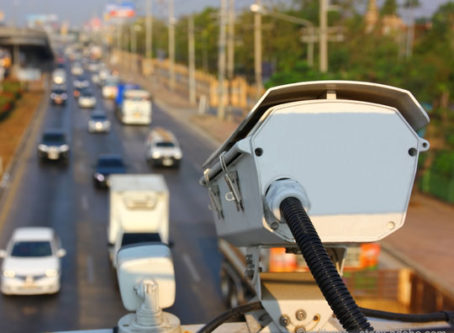 Ticket cameras are a topic at statehouses around the country as legislators pursue rule changes to the revenue-generating devices.

OOIDA presents Truck to Success course on becoming an owner-op

OOIDA’s Truck to Success course on becoming an owner-operator is set for Oct. 26-28. Watch a free preview on cost of operations.