America’s Interstate Highway System is in poor shape and getting worse, according to a new report from TRIP (Transportation Research Information Program), a Washington, D.C.-based nonprofit.

That’s not exactly a surprise to anyone who drives the interstates, particularly in the East and urban areas where roadways are rough and delays are getting longer. The problems have been growing for a long time. The interstate system was approved in 1956. Since then, the U.S. population has almost doubled. The number of motor vehicles in the country has grown from 65 million to 276 million – by more than 400%. Miles traveled by those vehicles has increased from 626 billion to 3.3 trillion – more than 500%. Just from 2000 to 2019, vehicle miles increased by 26%

“Travel on the nation’s interstate highways is increasing at a rate nearly triple the rate that new lane capacity is being added,” according to the report.

The result, of course, is congestion. TRIP considers highways congested when “they carry traffic levels that result in significant delays during peak travel hours.”

The most congested bottleneck in the system is in Fort Lee, N.J., which is a little bit misleading.

The bottleneck is actually the George Washington Bridge that carries traffic over the Hudson River from Fort Lee in the west to New York City and New England in the east. The second worst bottleneck is on I-71 at I-75 in Cincinnati. Three spots on the list – third, fourth, and 16th – belong to Atlanta. Houston and Chicago both made the list twice, Houston at fifth and 17th and Chicago at sixth and 19th. The top bottlenecks also include Chattanooga, Tenn.; St. Louis; San Bernadino, Calif.; Los Angeles; Dallas; Nashville, Tenn.; Austin, Texas; Baton Rouge, La.; and Denver.

The biggest jumps in vehicle miles from 2000 to 2019 came in Nevada, Louisiana, North Carolina and Utah, all of which experienced more than 50% increases. Nevada led the pack with 69% growth.

Trucking is leading the growth in Interstate mileage.

“Since 2000, the amount of combination truck travel on interstates has increased at a rate more than double that of total travel on the system,” the report says. Big truck traffic grew by 43%, and trucks now comprise 12% of all vehicle miles on the interstate highway system. More than half of all truck miles on U.S. roads are on the interstates.

According to the report, much of the system needs a lot more than just repaving.

“In 2019, pavement on 11% of the nation’s interstate highways was rated in poor or mediocre condition, with 3% rated poor and eight percent rated mediocre.” Some roads can be resurfaced, the report says, but some “are too deteriorated and must be reconstructed.” Reconstruction means roadways must be rebuilt from their subbase foundations. Repaving lasts for shorter and shorter periods as foundations deteriorate, the report notes.

Trucks and cars are not responsible for all the stress on the interstates.

Moisture and climate play a role; cycles of freezing and thawing take a toll as well.

Bridges on the interstates pose a challenge of their own. According to TRIP, 3% are rated poor or structurally deficient. A bridge earns those designations if there is “significant deterioration of the bridge deck, supports or other major components.”

The Hernando de Soto Bridge that carries I-40 over the Mississippi River at Memphis, Tenn., has been closed since May 11 due to a structural crack. That bridge opened in 1968 – 53 years ago. In 2007, the then 40-year-old I-35 bridge in Minneapolis collapsed, taking 13 lives. It wasn’t the first collapse of an interstate bridge. In 1987, a bridge on I-90 (the New York State Thruway) fell killing 10 people. That bridge was 33 years old at the time.

Last month, the Biden administration and a bipartisan Senate group agreed on a broad infrastructure bill that includes more than $340 billion for highways and bridges. If an infrastructure bill finally passes, work can begin on rebuilding the interstates that originally cost $114 billion to create. LL 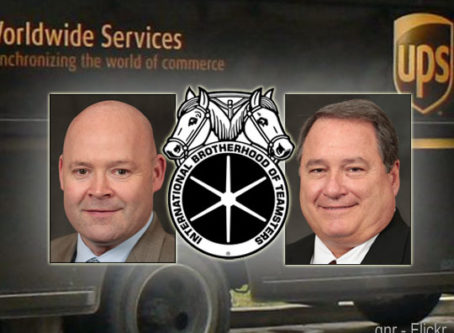 Will the Teamsters get tough with UPS?

The upcoming Teamsters election can be seen as a referendum on the union’s contract with UPS, which also has other issues on its plate. 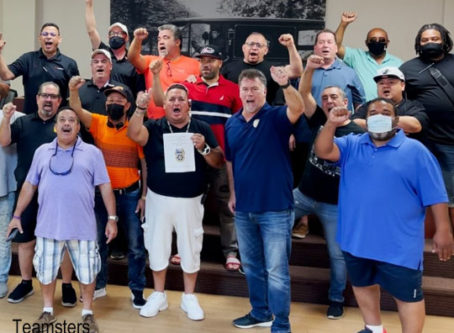 Teamsters establish a beachhead at XPO

The Teamsters have finally broken through and established union representation at XPO, the largest LTL carrier in the nation.

An association representing toll facilities is asking Congress for $9 billion in federal relief funding. A look into their finances says the request isn’t necessary.