Travel dropped nearly in half during the pandemic

To no surprise, traveling was heavily affected by the COVID-19 pandemic, but AAA has quantified those effects in a recent report.

Recently, AAA published a report titled “Travel in the United States Before and During
the COVID-19 Pandemic,” which looks into exactly how much travel was affected last year. Data breaks down travel numbers by month from July 2019 to December 2020.

Stay-at-home orders began in March, with April being the first full month of those orders in place. However, those numbers quickly began an upward trend last May and June. By the second half of 2020, travel numbers began to level off at only 20-25% below 2019 levels.

Although travel went down across all age groups, decreases were more noticeable among those under 65 in March 2020. However, that flipped in April 2020 with those 65 and older traveling less than those under 65. The older age group took 53% fewer trips per day last April. Traveling among nearly all groups began to increase in May. Motorists aged 45-64 continued to decrease their trips last May to 2.5 trips per day.

Travel to, from and for work dropped slightly more than not-work-related trips.

Last April, trips for work fell by 40%. Comparatively, trips not related to work decreased by just under 40%.

Accounting for mode of transportation, travel went down among all categories. Passenger vehicle trips dropped from 2.7 per day in 2019 to 1.5 trips last April, a 44% drop. Public transit, which includes bus, rail, taxi and ridesharing, fell by only 9% in April 2020 but plummeted by nearly 73% last May. Public transit decreased by as much as more than 90% in August 2020.

For the most part, the youngest and oldest age groups stayed home during the peak of the pandemic. Nearly 30% of people 16-24 stayed in one place, with more than 40% of those 65 and older adhering to stay-at-home orders. Only about 20% of Americans ages 25-64 stayed home. L 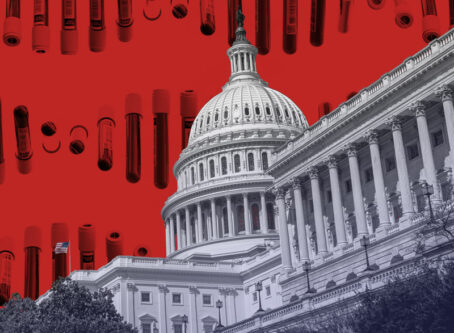