Traffic fatalities up in first quarter despite less driving

In terms of traffic fatalities, 2021 had a bad start with a significant increase compared to last year.

On Thursday, the National Highway Traffic Safety Administration released its Early Estimate of Motor Vehicle Traffic Fatalities for the First Quarter of 2021 report. According to the report, about 8,730 were killed in crashes in the first three months of this year. That is a 10.5% increase from the first quarter of 2020.

Drilling down to monthly numbers, traffic fatalities actually went down by more than 5% in February. However, numbers went up by more than 14% in January and 23% in March.

The first quarter increase is the largest since 2016, when traffic fatalities went up by 10.6% in the first quarter. Last year, crash deaths increased by nearly 14% in the third quarter and more than 13% fourth quarter.

Much like preliminary numbers for all of 2020, traffic fatalities in the first quarter of 2021 went up despite a decrease in driving.

Only Region 3 experienced a decrease in traffic fatalities in the first quarter by 6%. That region includes Delaware, District of Columbia, Kentucky, Maryland, North Carolina, Virginia and West Virginia. With a 28% increase, Region 8 (Colorado, Nevada, North Dakota, South Dakota, Utah and Wyoming) experienced the largest hike by percentage. There was no change in Region 7 (Arkansas, Iowa, Kansas, Missouri and Nebraska). 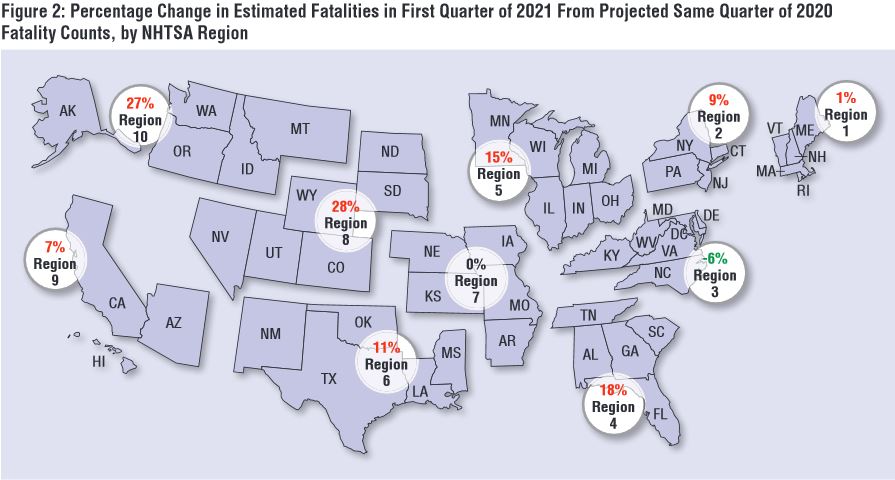 Counterintuitive numbers regarding traffic fatalities in 2020 and 2021, suggest that a lot the new driving behavior that began during the pandemic last year still persist at least through the first three months of this year. Last year, traffic deaths increased despite a drop in vehicle miles traveled. Transportation officials attributed the fatality increase to a significant increase in driving speeds with motorists taking advantage of relatively empty roadways. Seat belt compliance also decreased while driving under the influence went up.

“We must address the tragic loss of life we saw on the roads in 2020 by taking a transformational and collaborative approach to safety. Everyone – including those who design, operate, build and use the road system – shares responsibility for road safety,” Steven Cliff, NHTSA’s acting administrator, said in a statement. “We are working closely with our safety partners to address risky driving behaviors such as speeding, impaired driving, and failing to buckle up.”

Early estimates do not include traffic deaths by vehicle type or other detailed categories.

However, crashes involving a large truck actually decreased in 2020. There was an estimated 2% decrease in fatalities in those crashes.

Estimates for traffic fatalities in the first quarter of 2021 and all of 2020 are preliminary and subject to change. Final numbers for 2019 as well as the annual report for 2020 will be available in late fall. According to NHTSA, those reports usually result in the revision of fatality totals and the ensuing fatality rates and percentage changes. LL 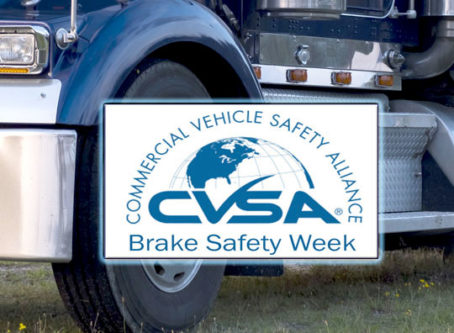