A jury for a state court in Florida has ordered trucking company Top Auto Express to pay a man hundreds of millions of dollars for a nonfatal crash, shattering nuclear verdict records against trucking companies.

On Oct. 2, a jury in Florida’s Second Circuit Court awarded Duane Washington nearly $412 million for damages from a July 2018 crash. Although several defendants were initially named in the lawsuit, Pembroke Pines, Fla.-based Top Auto Express was the only defendant left by the time the jury reached a decision.

According to a news release from Washington’s attorney, Ben Crump, Washington was partially paralyzed in the crash that involved a 45-vehicle pileup on Interstate 10. The crash was the result of wet road conditions and a Top Auto Express truck speeding.

At the time of the crash, Washington, a former career Army sergeant, was riding his motorcycle on the interstate near Tallahassee. In an attempt to avoid the scene, Washington tried to steer his motorcycle onto the median. However, he ended up crashing into a stopped truck. That truck did not have lights on while in the emergency lane.

Washington sustained life-altering trauma, including breaking both sides of his pelvis away from his spine, severe colon and urethra damage, permanent incontinence, and loss of sexual function, according to Crump. As a result of his injuries, Washington had a colostomy bag installed during his six-month hospital stay. Currently, Washington can walk only with a specialized arm crutch.

In the fourth amended complaint, several defendants were named, including Sinclair Broadcast Group, North American Van Lines, Top Auto Express, Greater Bay Relocation Services, Prosperity Enterprises, Lerone Copeland and Steven Sheridan. All of the companies had a vehicle involved in the pileup, with the two individuals driving two of those vehicles.

According to Crump, Top Auto Express had the opportunity to settle for $1 million. However, the trucking company rejected the offer. Washington’s medical expenses alone totaled to nearly $750,000.

In addition to Washington, his three minor children are also plaintiffs in the case. One count of loss of consortium was filed for each of the children. The lawsuit claims that each child “suffered the permanent loss of services, comfort, companionship and society of his father” as a result of the crash.

“This proud veteran sacrificed so much to serve our country, and was a competent, safe driver who never even had a ticket while riding his motorcycle,” Crump said in statement. “The consequential negligence displayed by the Top Auto driver wrecked not only vehicles but lives. This is a significant, historic ruling for justice. COVID demanded an unprecedented Zoom trial, but it didn’t stop the jury from hearing and understanding the evidence and returning a record verdict.”

This is far from Crump’s first national headline-grabbing case this year alone. A prominent civil rights attorney, Crump is also the attorney for the families of Breonna Taylor, George Floyd, Ahmaud Arbery and Jacob Blake, all of whom were killed by police earlier this year. His prior cases include those of Trayvon Martin, Michael Brown and a pending settlement in Flint, Mich., for the city’s harmful levels of lead in its drinking water.

Attorneys for Top Auto Express could not be immediately reached. However, Jeff McConnell of Road Law said an appeal will likely follow. McConnell said Washington had requested policy limits to settle the case. However, McConnell said “it’s usually a pretty hard call for a liability adjustor” to just pay policy limits on any given case. It is not unusual for liability providers to take cases similar to Top Auto Express’ to trial.

How, or even if, this will affect the trucking industry and future lawsuits remains to be seen.

An appellate court may significantly reduce the award if it finds the amount excessive. That is what happened earlier this year in a Texas state court of appeals. The court further reduced a historic initial verdict of more than $100 million against FTS International. The extraordinary amount sent shockwaves through the industry. The National Law Journal listed the verdict in its Top 100 Verdicts of 2018.

In June, the American Transportation Research Institute published a study titled “Understanding the Impact of Nuclear Verdicts on the Trucking Industry.” According to the study, jury verdicts of more than $1 million have increased significantly in the past 14 years. ATRI’s study reveals that verdicts in cases where no children are involved yielded an average of $2.3 million. However, when a child is introduced to the equation, the number shoots to $42.3 million, a 1,687% increase.

Although nuclear verdicts are on the rise, according to a document from the Federal Motor Carrier Safety Administration, most crashes result in small costs. The average is around $18,000 per crash, including very costly crashes. The reason the average is low is because there are relatively few costly crashes. LL 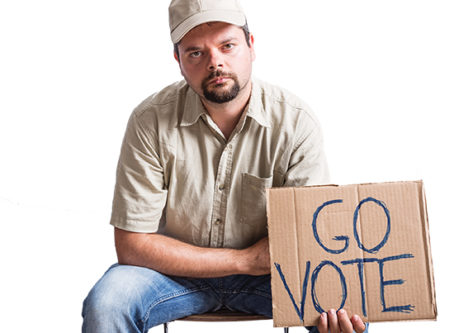 Whether Election Night ends with a red wall or a blue wave, truckers will be affected. Plus, the pandemic puts truckers in the crosshairs.