Truck experts at the TMC meeting in Cleveland last week pondered designs of future tractor-trailer electrical connections and electronic braking systems. They came to no consensus, but the discussions gave a sharp glimpse of equipment that might appear on big rigs in the next 10 years or so.

TMC – the Technology & Maintenance Council of the American Trucking Associations – is composed of fleet managers and representatives of companies that build trucks and components that all truckers, including owner-operators, eventually use. So TMC members, along with government regulators, are likely to have a big say on future equipment decisions, which is why Land Line keeps eyes and ears on what they’re saying.

A session on tractor-trailer connectivity focused on the sending of data from increasingly complex trailers to tractors, where telematics equipment can forward the data to managers. The session was set up as a mock debate between those who favor new-tech methods of communication and those who want the two vehicles to remain hard-wired together. Three people on each side made their points within traditional time constraints followed by gentlemanly rebuttals – no name calling here, because they were friends and the stakes at this time are theoretical rather than “it’s my way or the highway.”

Those who want a physical connection retained between tractor and trailer said they do not trust wireless methods because anything sent over the air can be hacked by criminal geeks who harbor harmful or just mischievous intent. The current seven-pin electrical connector is at its limit in the amount of information and electrical power it can handle, this side noted, but they also did not want a second connector added (even though some operators already use one and in Europe, three or more cables are employed by some operators). Today’s seven-way connector is actually 70 years old, having gone into service in 1951 following adoption by the Society of Automotive Engineers, which labeled it J560.

There are additional connector types in use: among them, 11- and 13-pin hardware adopted by the International Standards Organization, better known as ISO; and a “NATO 12-pin” design, used on military vehicles whose owner-countries are members of the North Atlantic Treaty Organization. Any of these have more capacity than our venerable “seven-way,” but their pins are smaller and more fragile and thus more easily bent or broken than a seven-way’s hefty prongs, the keep-it-connected side said.

The proponents of wireless methods noted that some owners will want the trailer to function even while standing alone, with no tractor nearby. How else can that be done unless information from its various systems can be transmitted directly to the owner’s home office? Among the information wanted are doors open or closed, reefer operation, temperature and status of the load, even camera signals. Info on the trailer’s own equipment includes brake wear and tire pressures, suspension condition, and, when the trailer’s moving, heat and vibrations in wheel hubs. Very little of that info is now captured by sensors; drivers do it.

However, trailers have begun getting such equipment and the information they produce is useless unless it’s observed, interpreted and acted on. Among transmittal methods are cell, Bluetooth, Wi-Fi and wireless local-network broadcasting. Audience members voted on which way – wireless or with a cable – via email or texting, and Robert Braswell, TMC’s executive director and the debate’s moderator, declared a draw.

Participants in the discussion:

No air system on the trailer means no air-line connectors (goodbye, blue and red coiled hoses!), no air hoses hanging under the trailer frame, and, if mechanical suspensions (rather than airbags) were used, no need for air at all, at least on some trailer types. Braking signals from the tractor might be sent via a secure physical connector or encrypted wireless system. An electronic brakes-equipped tractor might also dispense with an air system, but once again, air suspensions might also disappear (is that progress?).

Electronic braking systems could be fully electric, as described above. Or it could use electronic signaling and air actuation, where compressed air is the force that applies shoes or pads, as now. Reps from suppliers in Europe and North America said different systems are under development, and one or more could be adopted. Federal Safety Standard 121 now requires pneumatic brakes on heavy tractors and trailers, but some trailers have been built with EBS while keeping an air-brake system as a backup. Whatever method is eventually picked, there’ll be a transition period where tractors and trailers would have to use both old and new equipment so they could still work together.

As for electric power, trailers could conceivably generate their own, perhaps with solar panels or an axle-driven alternator, both using batteries to store electricity, one speaker noted. Then lights and other equipment wouldn’t need power from the tractor, which would only tow the trailer. Powered landing gear and auto-coupling and uncoupling could be employed if the tractor were driverless. That’s a whole other subject, but the future could be scary. Participants in this session were Richard Beyer of Bendix, John Bennett of Meritor, Mark Gregory of Haldex, Wolfgang Hahn of ZF, and Dave McInnis of HD NABI (North American Braking Industry). LL 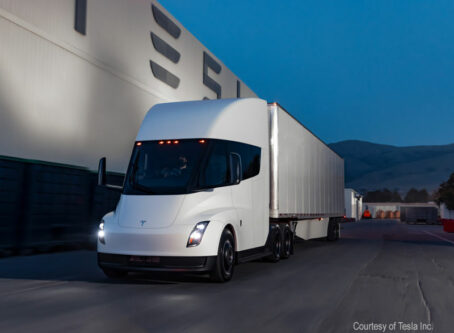 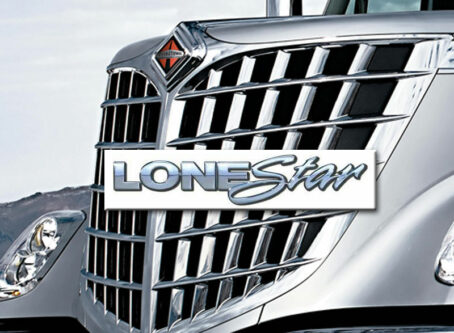