Add Wyoming to the list of states actively addressing the truck parking crisis. The Wyoming Department of Transportation is resuming work on its Interstate 80 Winter Freight project between Rawlins and Laramie.

Already, work is being done at the Fort Steele Rest Area (mile marker 228) east of Rawlins and the Quealy Dome truck parking area (mile marker 290) west of Laramie. Specifically, each location will be home to 100 new truck parking spaces, adding 200 spaces to I-80 in Wyoming. Unfortunately, that means a temporary parking closure, but good things come to those who wait.

Ohio suburb getting a truck stop

Huber Heights, Ohio, may be home to a new truck stop. The Dayton suburb’s planning and zoning commission approved of a rezoning request for a proposed truck stop. However, city ordinance limits the property to 10 truck parking spaces, which is what the plan calls for. If it clears the city council, the truck stop will be off of Interstate 70 and state Route 235. That area appears to be trucker friendly. It is currently home to an ABF Freight building, Trans Lease, Trux Tex, logistics management company ProTrans, and dealerships for Peterbilt, Freightliner and Kenworth. 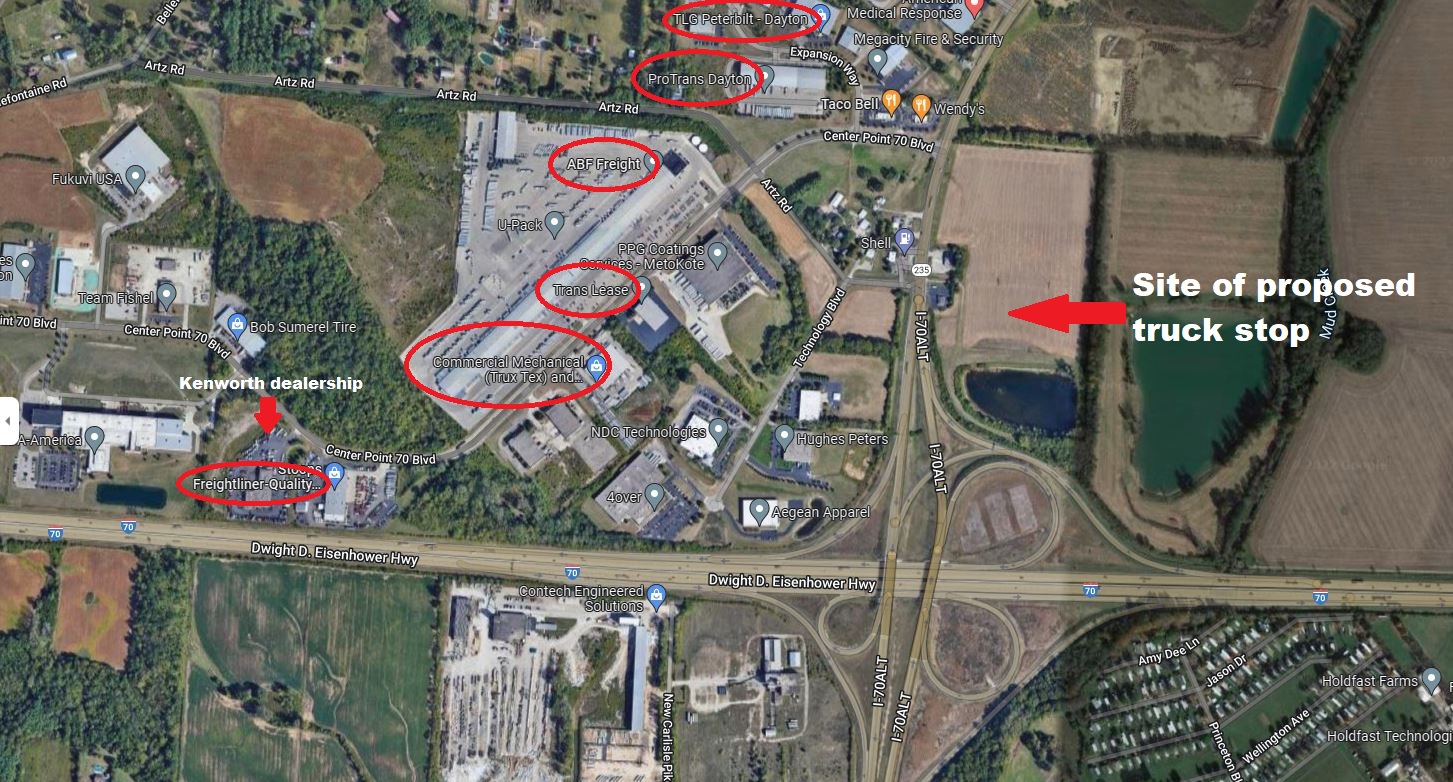 Perseverance is key in Joliet

Joliet, Ill., may be the most written about city in the history of The Parking Zone, so let’s pad those stats. According to Shaw Local News Network, QuikTrip is attempting to open a new truck stop in Joliet … again. QuikTrip failed at one attempt, so it’s trying its hand in the same city but at another location.

There’s a reason why so many truck stop chains want to set up shop in Joliet, and it’s certainly not because of community support. If the city continues to not accommodate the increase in truck traffic, then it may suffer the consequences of lower truck traffic. That may sound like sweet music to residents, but it means a decrease in commerce. Can’t have it both ways.

Earlier this year, the Conyers City Council passed an ordinance creating new standards for truck parking. In April, the first truck parking facility application was filed since the new ordinance went into effect. Based on new standards, the city council recommended approving the facility with the following conditions:

As you can see, there are some deal-breakers here, especially the last condition regarding overnight truck parking. According to the Rockdale Citizen, the developer told the council that limiting parking to 100 trucks will render the project unprofitable. The issue has been tabled to allow the developer time to go back to the drawing board.

The Federal Highway Administration is releasing $6.4 billion in formula funding for states and localities over five years, and truck parking projects are eligible.

Through the new Carbon Reduction Program created under the Infrastructure Investment and Jobs Act, states can use the funds “to expand transportation options for American families that can help them save money on gas, according to FHWA. Among eligible projects are truck stop electrification systems to reduce the environmental impacts of freight movement.

In other words, a proposed truck parking facility is eligible for federal funding if the project includes some electric vehicle charging stations. Hopefully, some developers and municipalities will take advantage of this opportunity.

Meanwhile north of the border, the Ontario government’s draft transportation plan includes addressing truck parking. Among the many projects is a long-term project on Highway 401, which consists of adding truck stops along the highway. Ontario also plans to widen the highway to accommodate an increase in traffic, including trucks.

“The actions under this goal will improve the functioning of key corridors and support the trucking industry by reducing red tape and making it easier for truckers to find parking where and when they need it,” the draft plan states.

Connecticut NIMBYs opening up their wallets

Residents opposing trucking facility proposals are a dedicated bunch, but one Connecticut town has taken NIMBY action to a new level.

According to the News-Times, hundreds of Newtown residents have signed a petition to prevent a developer from building a trucking warehouse off of Exit 9 along Interstate 84. The proposal includes a 345,000-square-foot trucking warehouse on 105 acres with 75 truck docks, 50 trailer spaces and 360 parking spaces.

Despite the city’s wetlands commission approving the proposal, residents say the area is too environmentally sensitive for such a project. To prove their point, a coalition of residents called Newtown Neighbors have hired an expert to review proposal’s engineering. Whether an “expert” hired by an affected party can be impartial is another question.

Parking problem goes through the roof in Virginia

Too many people believe that truck parking is an industry problem. Unfortunately, it’s a safety issue for everyone, as evidenced in Lynchburg, Va. WSLS-TV is reporting a tractor-trailer partially fell through the top of a parking garage in downtown Lynchburg.

According to the report, a part of the upper deck of a parking garage collapsed after the nearly 80,000-pound truck stopped there. The “out-of-state truck driver pulled into a neighboring parking deck while looking for a place to park until the morning when the deck collapsed.”

Owner-Operator Independent Drivers Association members indicated Virginia has a truck parking problem in Jason’s Law survey results. In fact, the law’s namesake, Jason Rivenburg, was murdered while parked at an unsafe location just a few miles from his delivery destination, much like the trucker in Lynchburg.

* TA & Petro recently acquired White’s Travel Center in Raphine as well as Lee Hi Travel Plaza in Lexington, Va. Both travel plazas were owned by Bobby Berkstresser, who passed away on April 14. White’s Travel Center, now Petro Raphine, is one of the largest travel plazas in the nation with about 725 truck parking spaces. TA & Petro plans to build another 170 spaces at the travel center, bringing the total to nearly 900 truck parking spaces. LL

Fuel tax holidays and IFTA: clearing up the confusion

Clearing up the confusion about fuel tax holidays and IFTA. Plus, details on the Guaranteeing Overtime for Truckers, or GOT Truckers Act. 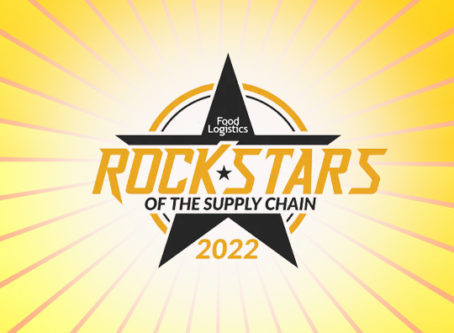 An OOIDA life member was named one of FoodLogistics.com’s 2022 Rock Stars of the supply chain for his hard work and impact over the past year. 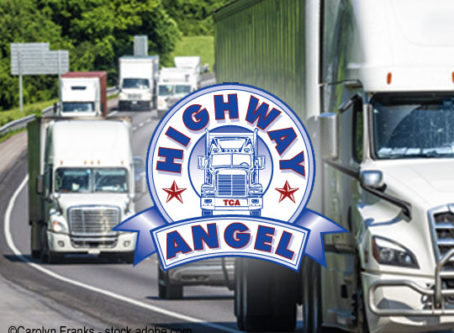 The Truckload Carriers Association plans to announce its 2021 Highway Angel winner on March 22 in Las Vegas. An OOIDA member’s in contention. 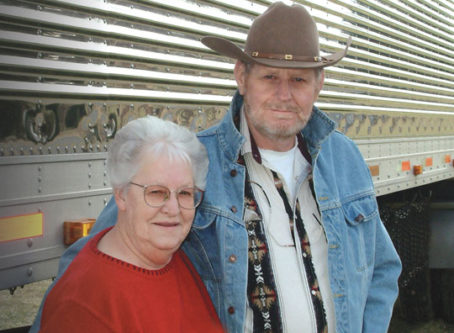