The Spirit stops at Waupun Truck-n-Show, then in Clearwater, Minn.

This weekend, OOIDA’s tour trailer will set up at the Waupun Truck-n-Show in Waupun, Wis.

The 31st anniversary Waupun Truck-n-Show is scheduled for Friday and Saturday, Aug. 14-15.

A Lights of the Night Convoy Parade is scheduled for Friday night, and on Saturday night the 11-mile Ride of the Pride Parade is planned.

The Waupun Truck-n-Show has planned a Parade Auction as a fundraiser to benefit Special Olympics of Wisconsin on Friday evening and another parade auction fundraiser for the Make-A-Wish Foundation on Saturday evening.

The band Riding Shotgun is scheduled to perform Friday and Saturday evenings.

Drivers were in and out of OOIDA’s tour trailer, the Spirit of the American Trucker, from early morning and into the evening, reports Jon Osburn, skipper of The Spirit. The full-service restaurant was open there, which was nice, Osburn said.

There was a recurring complaint from drivers in Portage, and it came from not just one or two drivers but several, Osburn said. The complaint was about the dirty, unsanitary portable toilets that shippers and receivers provide drivers in lieu of letting them use toilet facilities in the warehouse or offices because of the coronavirus contagion.

There is a message told by the condition of the portable toilets about how the companies appreciate and respect drivers, and it isn’t a positive one. And it is coming through loud and clear, Osburn said.

On Monday, The Spirit is scheduled to be in Clearwater, Minn.

OOIDA’s tour trailer is expected to be at the Clearwater Petro on Aug 17-21. It is at the junction of I-94 and Highway 24.

Nelson Bros. Restaurant & Bakery is a favorite stop, Osburn said. The bakery offers donuts, pastries, cookies, muffins, pies and Fritter Bread, a Nelson Bros. specialty that it has made fresh daily for more than 30 years.

Here is the schedule for The Spirit. 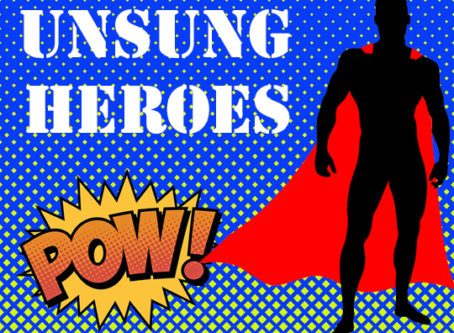 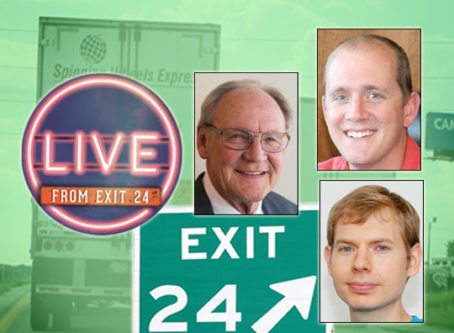 High driver turnover focus of next ‘Live From Exit 24’

OOIDA President Todd Spencer and OOIDA research analyst Andrew King will be guests on the next “Live From Exit 24” with Mike Matousek. 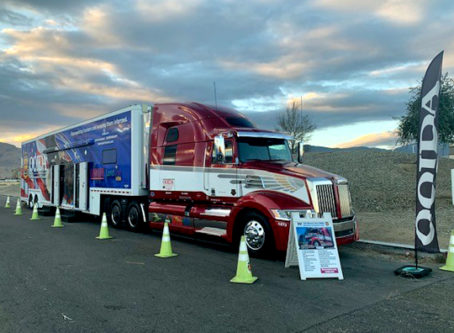 Leaving the San Joaquin Valley, OOIDA’s tour trailer is headed for Barstow, Calif. Catch up with skipper Jon Osburn if you’re in the area.