A lack of truck parking spaces is a safety issue for all motorists. Two incidents near Jacksonville, Fla., highlight that fact.

On May 18, a motorist was killed after his car struck a box truck parking along an exit to an Interstate 95 rest area exit in St. Johns County, according to WJXT. That impact pushed the box truck into a tractor-trailer parked in front of it. Both truckers were asleep at the time and not injured. Within 24 hours of that crash, another vehicle crashed into a parked truck near an Interstate 295 entrance ramp. Consequently, a 7-year-old was injured.

Clearly, there is a truck parking problem in the Jacksonville area. While people may be quick to blame the truckers in both of the above incidents, it is important to know that no trucker stops on a ramp because they want to. They park there because it is necessary. Now, one man is dead and a child is injured in the same area because of a lack of spaces. Blame truckers all you want, but this will continue to happen until more spaces are added in problematic areas like Jacksonville.

Heads up if you are driving on Interstate 66 in northern Virginia: Two rest areas will be closed for about three weeks. According to the Virginia Department of Transportation, truck parking areas at the Manassas Rest Area East on I-66 East (mile marker 48) and the Manassas Rest Area West on I-66 West (mile marker 48) will be closed for approximately three weeks. The closure will begin on Monday, June 7.

Truckers may notice that passenger vehicles will be there during that timeframe. That is because only truckers, trailers and other vehicles with more than two axles are not allowed to park there. Two-axle vehicles, on the other hand, are just fine. VDOT explains the truck parking closure is necessary for construction work related to the Transform 66 Outside the Beltway Project.

Dayton, Minn., could be the home of a new Kwik Trip gas station and truck stop, according to Hometown Source. If approved by the city, the truck stop will include 47 truck parking spaces. City leaders expressed concerns of “potential crime that cane come with trucks parking overnight,” with at least one council member not happy about the idea. The issue is still in the early phases and will be brought before the council again in the near future.

Newton County Planning Commission members recently approved of a plan for a convenience store and fast food restaurants, but only after putting a stop to a travel center that was initially proposed.

The Covington News is reporting that the new development is located off of Interstate 20 in Newton County, Ga. Developers originally proposed a travel center and other businesses on 46 acres in the area. However, residents and a homeowner group opposed the plan, which was enough to put an end to it. The main area of concern: overnight truck parking.

A Nebraska town appears to have double standards when it comes to parking spaces for large vehicles. According to Sandhills Express, the Kimball City Council rejected a proposal for RV parking, citing trucks as a point of concern.

A proposal in Kimball calls for 44 RV parking spots, including electric, water and sewer hookups. Additionally, the proposal includes gas/diesel fuel bays and electric vehicle charging stations. The rezoning proposal was denied, but not because of RVs. Apparently, residents were concerned that truckers may use the area for truck parking. Even after an amendment was passed that banned overnight truck parking in the area, residents still did not like the idea of them stopping there during the day and filling up their tanks.

RV parking appears to have no baggage, whereas truck parking does. The only extra baggage truck parking creates is more bags of money from tax revenue, but small towns do not need that.

Back in November, The Parking Zone reported on proposed projects in Lathrop, Calif., that could add up to 300 spaces. That proposal is coming closer to reality, according to the Manteca Bulletin.

An increasing number of distribution centers in the area near Interstate 5 is increasing the need for more truck parking. One plan in Lathrop being considered is a lot that will hold 147 trailer parking spots. Unfortunately, this does not include spaces for trucks. Rather, it is just for the trailers.

However, illegal truck parking is still an issue. To deal with that, the San Joaquin County Community Development Department is looking into options that could create more truck parking facilities. That will be discussed in a meeting in June. In the meantime, Manteca is considering raising the fines for illegal parking from $50 to $125.

HR2187, the Truck Parking Safety Improvement Act, continues to gain support in the U.S. House of Representatives. If signed into law, $755 million will be allocated specifically for adding truck parking capacity. There are now 23 co-sponsors:

Mike Bost, R-Ill., introduced the bill. If your representative is not on the list, call him/her up and let them know they need to jump on board. Find your federal lawmakers and their contact information at FightingForTruckers.com. 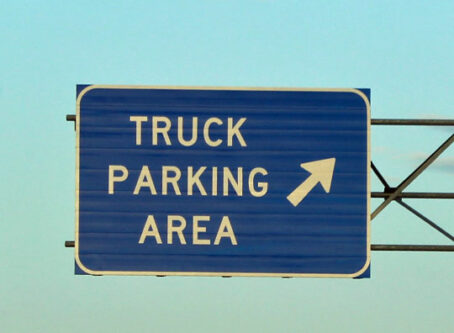 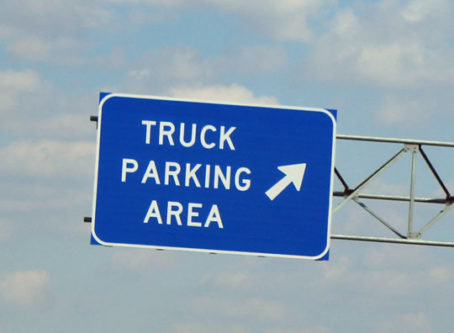