The Texas Supreme Court will hear a wrongful death case involving a truck driver who was allegedly coerced into driving excessive hours. The case centers on the definition of “intentional injury.”

On Dec. 13, the Texas Supreme Court granted Mo-Vac Service Co.’s petition for review. The high court’s decision to hear the case withdraws its previous decision in June to deny the petition.

At the center of the case is whether the death of Mo-Vac driver Fabian Escobedo is considered an “intentional injury.” In other words, did Mo-Vac desire Escobedo’s death or was “substantially certain that the employee would crash on the night in question,” the petition asks.

A trial court ruled in favor of Mo-Vac. In August 2018, the Court of Appeals in the 13th District of Texas overruled the lower court. The appellate court disagreed with the lower court’s ruling that the Escobedo’s family failed to provide evidence of whether the company’s intentional actions caused the crash.

On May 30, 2012, Escobedo was driving one of Mo-Vac’s 2007 Mack trucks pulling a 1985 Reynolds tank trailer. Fabian was “extremely tired and exhausted,” according to the complaint. As a result, he either fell asleep or lost control of his ability to control the truck. The vehicle suddenly veered off the road and struck a pole. In an attempt to correct course, the truck rolled over. Fabian sustained trauma to his torso and died due to positional asphyxiation.

Escobedo’s family filed a lawsuit against Mo-Vac for wrongful death. Mo-Vac argued that there was no evidence of intentional acts and no evidence of conscious pain and suffering. The company filed a motion for summary judgment, effectively dismissing the family’s claims without trial. Subsequently, the district court sided with Mo-Vac.

Among the findings overturned by the appeals court was a ruling by the lower court that Escobedo’s family failed evidence of whether the company’s intentional actions caused the crash. The appellate court’s ruling highlights an affidavit provided by one of Mo-Vac’s terminal managers, Urbano Garza. Garza’s sworn testimony paints a picture of how the oil boom in Texas led to a situation where the company “could not keep up with demand for drivers,” forcing dispatchers and managers like himself and drivers like Escobado to practice overworking and falsifying logs.

“Management of the company forced upon me and the dispatchers, a clear directive to have the drivers work unsafe hours rather than let a competitor get the jobs, which were demanded by our customers,” Garza stated in the affidavit.

According to Garza’s statement in the court records, Mo-Vac committed the following acts:

Garza said “it would be simply impossible” for the company to not know that it would cause an injury or death, supporting claims of intentional injury.

Another factor in the trial court’s decision to award Mo-Vac summary judgment was whether or not the deceased’s family produced evidence showing Fabian Escobedo had “conscious pain and suffering” after the crash but before his death. In Texas, damages can be recovered only for pain that is consciously suffered and experienced by the deceased.

The Escobedos referred to a medical report of Fabian’s death. A study looking into positional asphyxiation in crashes showed “none of the occupants had injury severe enough to result in death at the scene if they had not first died of asphyxia,” according to the complaint. The medical examiner found no indications of blunt force trauma to Escobedo’s head. Consequently, the examiner did not attribute Escobedo’s death to trauma to the torso. Evidence suggested he died from suffocation.

Typically, these cases are remedied through the Texas Workers’ Compensation Act. However, if there is proof of “intentional injury,” a family can file a civil lawsuit against the employer instead.

In its first petition to the Supreme Court, Mo-Vac argues that “an intentional failure to provide a safe workplace does not rise to the level of intentional injury unless ‘the employer believes his conduct is substantially certain to cause the injury.’”

Mo-Vac also argues that the appellate court’s intentional injury decision relied “solely on an affidavit from an employee who was on vacation when the wreck occurred.”

Initially, the state Supreme Court denied Mo-Vac’s petition. In its motion for rehearing, Mo-Vac states the high court should hear the case for three reasons:

Regarding the second reason, Mo-Vac is referring to another case that also deals with intentional injury interpretations. Mo-Vac filed its motion for rehearing on Aug. 7. The Berkel petition was denied on Aug. 30. However, the Berkel case motioned for a rehearing on Oct. 16, which mentioned the Mo-Vac case.

Essentially, the Texas Supreme Court will be tasked to define the standard for an intentional injury claim. Oral arguments are scheduled for Feb. 26. 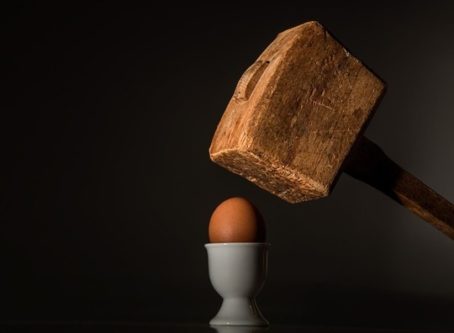 How is the FMCSA handling coercion complaints from truck drivers? Rep. Brian Babin from Texas wants to know what the FMCSA is doing to fix the situation.