The National Highway Traffic Safety Administration has opened an investigation into automaker Tesla and its Autopilot and Traffic Aware Cruise Control systems.

NHTSA’s Office of Defects Investigation has identified 11 crashes since 2018 involving various Tesla models that were using the systems when the vehicles crashed into parked emergency vehicles, according to documents filed by the office on Monday, Aug. 16.

Those crashes with emergency vehicles have led to 17 injuries and one death. Three crashes occurred in California, while the other eight occurred in Arizona, Connecticut, Florida, Indiana, Massachusetts, Michigan, North Carolina and Texas.

“Most incidents took place after dark, and the crash scenes encountered included scene control measures, such as first responder vehicle lights, flares, an illuminated arrow board, and road cones,” the ODI report states. “The involved subject vehicles were all confirmed to have been engaged in either Autopilot or Traffic Aware Cruise Control during the approach to the crashes.”

Autopilot is an Advanced Driver Assistance System in which the vehicle maintains its speed and lane centering, but the driver still holds primary responsibility for identifying and avoiding objects in the roadway, the report states.

The Office of Defects Investigation has opened a preliminary evaluation of the SAE Level 2 ADAS system in the model year 2014-21 Models Y, X, S, and 3.

The office’s report says the investigation will assess the technologies and methods used to monitor, assist and enforce the driver’s engagement with the dynamic driving task during Autopilot operation. The investigation also will examine the contributing circumstances for the 11 crashes.

The investigation comes amid a push by regulators and industry groups for more accountability and transparency with regard to automated driving systems and the original equipment manufacturers who build them.

In February, the National Transportation Safety Board sent a letter to NHTSA saying the federal government needs to focus on creating performance standards for collision avoidance systems whether the vehicle is driven by a human or an automated driving system.

“As NHTSA moves toward an ADS safety framework, it is important that the agency prioritize the development of minimum performance standards for collision avoidance technologies and require the systems as standard equipment on all new vehicles,” then-NTSB chair Robert Sumwalt wrote.

The letter was filed as part of an advance notice of proposed rulemaking put forward by NHTSA to establish a framework for automated driving system safety.

Sumwalt’s letter also specifically called out Tesla for a lack of appropriate safeguards, which contributed to the deaths of at least three Tesla owners who were killed in crashes when their vehicles’ Autopilot system was engaged.

Sumwalt’s letter also criticized Tesla for recently releasing a beta version of its Level 2 Autopilot system, described by the company as having full self-driving capability.

“By releasing the system, Tesla is testing on public roads a highly automated AV technology but with limited oversight or reporting requirements,” the letter stated. “Although Tesla includes a disclaimer that ‘currently enabled features require active driver supervision and do not make the vehicle autonomous,’ NHTSA’s hands-off approach to oversight of AV testing poses a potential risk to motorists and other road users.”

The Owner-Operator Independent Drivers Association lent its support to the order.

“Without further transparency from autonomous developers, these types of crashes will continue,” said Jay Grimes, OOIDA’s director of federal affairs. “This type of reporting should be in place throughout the development and testing phases.”

Earlier this month, the Association once again urged federal regulators to exercise caution when mandating technology in the name of driver safety.

“Only technologies that have been proven to benefit highway safety should be added to the definition of ‘vehicle safety technology’ listed under 393.5,” OOIDA wrote Aug. 6 in formal comments on a notice of proposed rulemaking published by the Federal Motor Carrier Safety Administration.

FMCSA is seeking a change to the regulations that would increase the area in which certain safety devices may be mounted on the interior windshield of a commercial motor vehicle.

“The agency’s proposal still includes some systems that actually increase the likelihood of crashes and adds others that need more research. We have particular concerns regarding speed management systems, automatic emergency braking systems, and other equipment that is being deployed on autonomous vehicles, which are being tested and operated without sufficient oversight.” LL 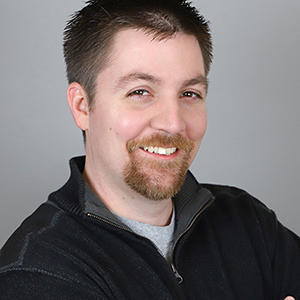 The overtime exemption causes a driver’s time to be valued less than workers in other professions. That must change, OOIDA says.