Now that the SunPass debacle has dissipated and the turnpike is returning to normal operations, how much money has Florida left on the table? According to the Florida Turnpike Enterprise executive director, the state could possibly lose tens of millions of dollars in unpaid tolls.

After reassuring the subcommittee that everything is back to normal, state lawmakers wanted to know exactly how much money is still out there.

According to Liquori, there are approximately $120 million of unpaid invoices that are at least 90 days late.

Rep. Ardian Zika, R-Land O’ Lakes, asked how much of that the state can expect to recover. Liquori said that once the toll invoices enter collections, the recovery rate is typically in the 50% to 60% range. When asked if that means the state could lose $50 million in tolls or more, Liquori hesitantly answered “It’s possible.”

However, the unpaid SunPass toll invoices will not go down as a loss on the balance sheets, Liquori said. Rather, all collected delinquent tolls will be marked as revenue as the payments arrive.

Rep. Mel Ponder, R-Destin, noted that the average toll invoice is between $15 and $25. With $120 million in unpaid tolls, that totals to approximately 5 million to 8 million delinquent accounts. The vast majority of those invoice are likely in-state motorists. Liquori said that out-of-town invoices are historically in the 4% to 5% range.

After problems began with Conduent last summer, fees and penalties for SunPass invoices were waived through May 31 of this year. As of June 1, SunPass toll collections have been business as usual. Not all of that $120 million in unpaid tolls is the result of the system error.

Most of those unpaid tolls are from toll-by-plate transactions, which account for 11% of all toll invoices.

SunPass accounts make up 82% of transactions. Since last August, the backlog of SunPass transactions has been resolved. The 7% of cash transactions is outside the scope of Conduent’s business.

Part of Conduent’s contract allows the state to penalize the company for not meeting expectation. Conduent sends the state an invoice for services rendered each month. If the state determines Conduent did not meet expectation using a 12-point analysis, the company can be docked up to 25% of what it is owed.

To date, Conduent has been assessed $10 million in penalties, which includes the max 25% penalty from June 2018 through April 2019. Liquori said the state is currently evaluating invoices from May through July. Although she expects more penalties are likely, she does not anticipate the maximum 25% to be handed down as the company continues to improve.

Regardless of any future improvements, Florida decided not to renew Conduent’s seven-year SunPass contract. Florida is  going through the process to find a new contractor to take over once Conduent’s contract ends in November 2022.

How do truckers deal with low rates offered during the pandemic – as well as a host of other problems? We’ll have some advice. Also, masks are on the way. 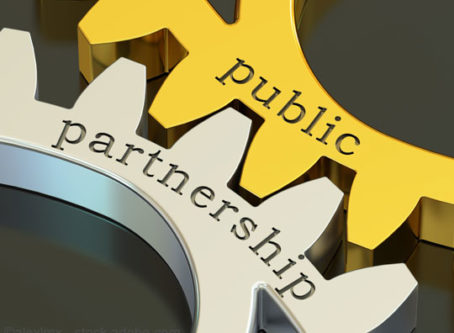 A Pennsylvania bill is intended to help get work done to address issues relevant to truck drivers via public-private partnerships.