Despite warnings from government officials and safety groups, distracted driving – including engaging in sexual activity behind the wheel – continues to be a problem.

Distractions go beyond cellphone use

Some of the more novel activities reported are:

According to the study, people find ways to justify using a smartphone while driving. Nearly 82% said it is OK if they use a speakerphone or a hands-free system. More than 64% find it OK to use a phone for direction and navigation.

Twenty-three percent of respondents said they use their phone simply because driving is boring. Another 30% believe they can text without taking their eyes off the road.

Not only can distracted driving cost lives, but it can also cost money when it comes to insurance. According to The Zebra, penalties for distracted d 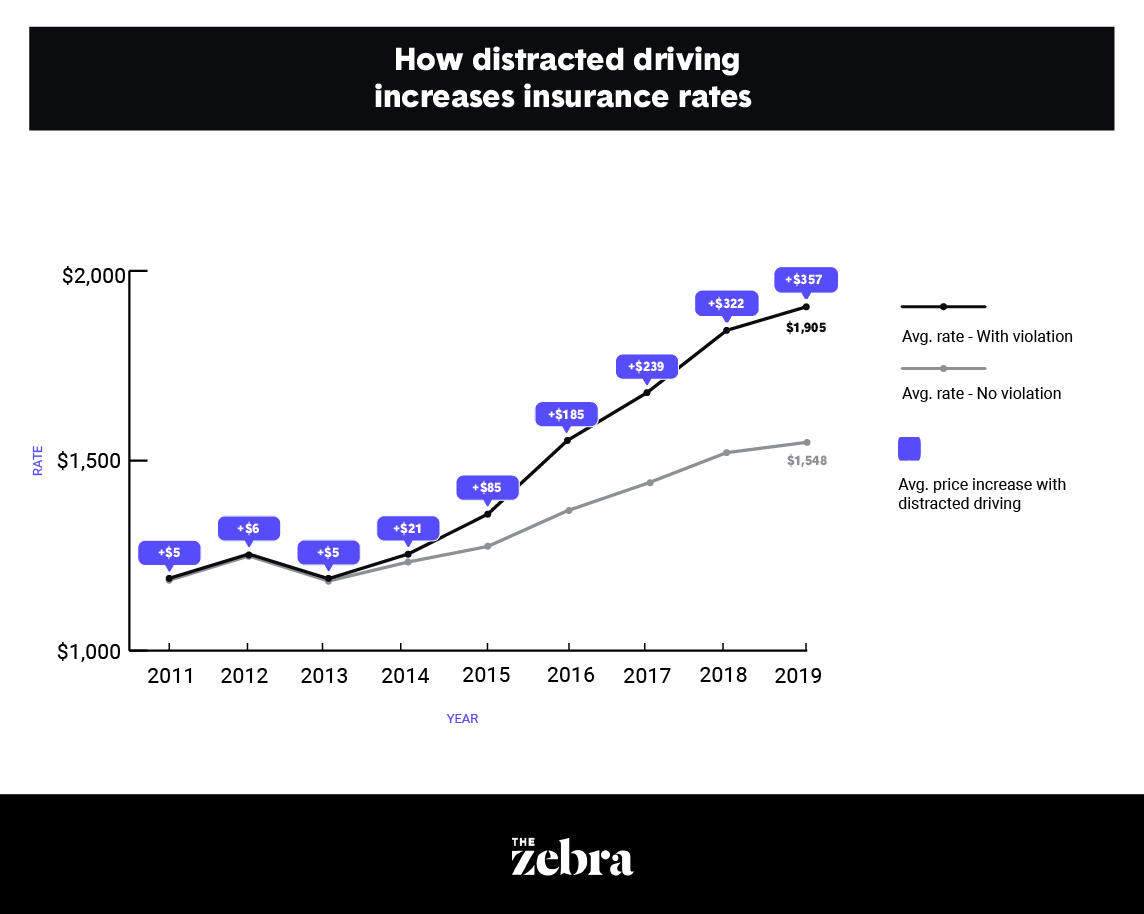 riving citations have skyrocketed. In 2011, the average insurance penalty for distracted driving was $5. Today, that penalty will now cost $357. That is a 7,000% increase in penalty costs.

Significant increases in distracted driving penalties result in increased rates. With the penalty, average rates today of $1,548 increase by 23% to $1,905. In 2011, insurance rates increased by only 0.4% with the same penalty.

Penalties do not go away quickly. The Zebra points out that violations impact insurance rates for three years on average. Therefore, the $357 penalty could cost a motorist more than $1,000 in insurance. That added cost does not include traffic fines and court costs.

A patchwork of distracted driving laws results in varying costs of a violation state by state. Connecticut drivers will pay the most with a 64% increase or nearly $1,100 added to the rate. On the other end, New Yorkers will only be dinged with a 4% increase, which is $64 tacked on to the rate.

Only 21 states and Washington, D.C., ban cellphone use while driving. However, 48 states ban texting while driving. The two holdouts are Montana and Missouri.

Distracted driving behavior varies geographically and demographically. New York City leads the list of most distracted drivers among the 25 cities surveyed. At the bottom of the list is the Seattle-Tacoma area. According to The Zebra, Washington state was the first state to ban texting while driving in 2007.

There was no difference between men and women. Both engaged in distracted driving at about 35% each. Differences in education are not that great either. College graduates drove distracted slightly more (36%) compared to those without a college degree (31%). The same is true with urban and rural drivers, with an approximate 35% among those drivers.

The biggest difference comes with age. Baby boomers (ages 56-74) have the smallest rate of distracted driving at 24%. Leading the group are the youngest drivers. Nearly 38% of Gen Z (ages 18-23) drivers have driven while distracted.