Spot rates hold up ahead of year-end push, DAT reports

Spot truckload freight postings fell 15% while the number of trucks on DAT MembersEdge increased 13% last week, a sign that capacity is loosening ahead of the Christmas holiday.

With fewer loads and more trucks in the marketplace during the week ending Dec. 13, spot truckload pricing was generally flat compared to the previous week.

Spot rates continue to hold up relatively well heading toward the end-of-year push. 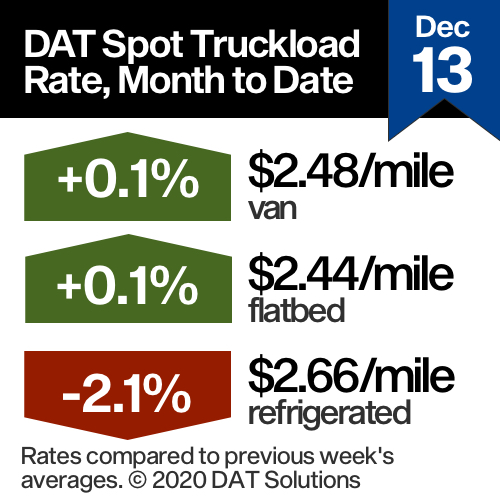 These are national average spot rates for the month through Dec. 13. These averages are based on actual transactions. DAT doesn’t set spot rates – each transaction is individually negotiated between the carrier and the broker or shipper and will vary from load to load and lane to lane.

The number of loads moved on DAT’s top 100 van lanes by volume jumped 24.2% last week compared to the previous week, but the average spot truckload rate fell on 62 of those lanes. The rate was neutral on 19 lanes and increased on 19 lanes.

Each of the top 10 van markets registered double-digit increases in volume compared to the previous week but recorded lower average outbound rates. Among them:

The busiest lanes for van load volume last week involved Los Angeles and Stockton. L.A. to Stockton averaged $3.76 a mile, up a penny, while Stockton to L.A. averaged $2.16 a mile, down 8 cents.

Nationally, the average reefer load-to-truck ratio dropped from 9.0 to 5.5 last week, with food shipments in a lull between holidays. The number of loads moved on DAT’s top 72 reefer lanes by volume has fallen nearly 21% over the last four weeks.

The average rate was higher on just 13 of those lanes last week compared to the previous week but some of those increases were big ones:

The national average flatbed load-to-truck ratio dipped from 35.8 to 35.5 last week, still well ahead of the monthly average of 13.2 in December 2019. Pricing on DAT’s top 78 flatbed lanes was steady, with the average outbound rate up on 24 lanes, lower on 27 lanes, and neutral on 27 lanes. Volume on these lanes increased 1.5% week over week.

Houston is a vital market for flatbed freight, and three of the top five lanes by volume last week originated there:

The Federal Reserve Bank of Dallas said last week that Houston-area mining and manufacturing businesses have a net loss of 14,000 jobs since April. While layoffs, consolidation and bankruptcies in energy-related manufacturing continue to mount, the biggest job losses are likely in the past, the Dallas Fed reported.

All rates are averages from last week, and this week will be different. Check MembersEdge to understand which way the rates are trending and negotiate the best deal you can get on every haul.

You can get the latest spot rate information at DAT.com, or take a deeper dive into the market at DAT.com/blog. 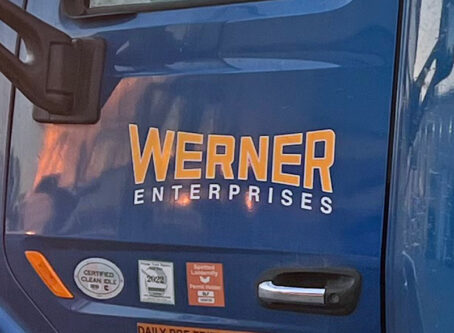 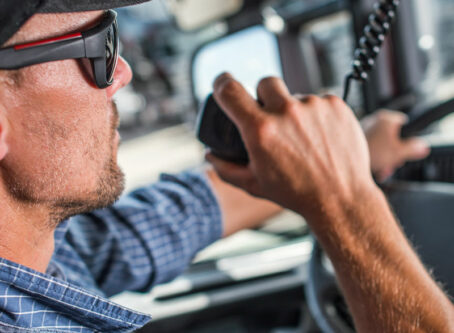 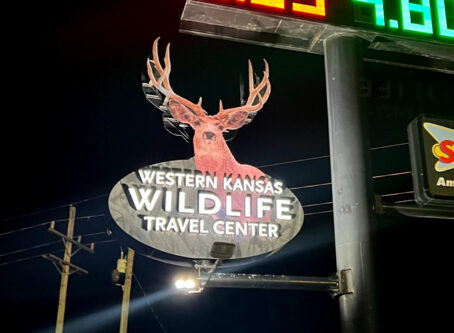 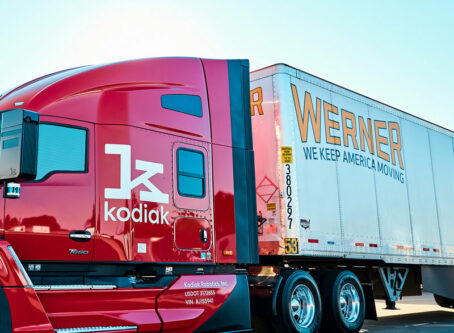