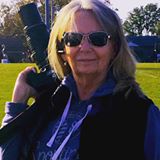 When Sandi Soendker started working at Land Line in the fall of 1987, she didn’t know much about the trucking industry.

Soendker soon realized she would need to learn fast.

“I would say to (former Land Line editor and current OOIDA Executive Vice President) Todd Spencer, ‘I don’t know anything about trucking.’ He would say, ‘that’s no excuse.’

In the past 30 years, Soendker evolved into one of the leading authorities in the trucking media. She was promoted from reporter to managing editor in 1991, and she became Land Line’s editor-in-chief in 2013. That same year, she received a Lifetime Achievement Award from the Truck Writers of North America at the Mid-America Trucking Show in Louisville, Ky.

This past November, Soendker retired, ending a 30-year tenure that she used to help develop Land Line into the premier publication for small-business and company truck drivers.

“She came here with a lot of energy and enthusiasm,” OOIDA President Jim Johnston said. “At the time she knew very little about trucking, but she is absolutely a quick learner. Over the years, she has demonstrated the ability to get down deep into the subject.”

A journalist for six years before transitioning to the trucking press, Soendker said she hit her stride at Land Line when she helped uncover a case of insurance fraud in the late 1980s.

“We had people come in and show us their insurance paperwork, and the paperwork was fake,” Soendker said. “There wasn’t any insurance. Truck drivers were paying $425 a month, and there was no insurance. We began to unravel this incredible story of insurance fraud. We had the access to the truck drivers, so we were able to tell the story that no one else could. The drivers came to us. No one else had that.

“We started putting all the clues together, and I got caught up in the chase. I loved it. I still think it was some of my best work.”

Spencer said Soendker’s passion for providing a voice for the nation’s truck drivers was evident from the start.

“We always encouraged Sandi to be bold when seeking answers to questions and issues that would impact our members,” Spencer said. “Pretty quickly, you could tell that Sandi was a person who would approach things with passion. She’s a person who can get behind a cause. The Association wants to stand up for people, because it’s the right thing to do. Sandi has always been good at that.”

However, Soendker admits that she had some missteps along the way as well.

“When I first went to work for Land Line, Todd assigned me to do a story on how a large carrier in the Midwest encouraged drivers to keep two log books.

“I called and asked for the president of the company,” Soendker recalled. “It was about 5 p.m., and the man who answered said, ‘that would be me.’ I proceeded to interview him and his answers were frank and very revealing. He said he was a former trucker and now the man who made all the decisions. I was so excited. I could not wait to show Todd. When I did, he did not recognize the ‘president’ and said, ‘who the hell did you talk to down there, because it was not the president.’

“As it turns out, the Mr. Smith I talked to had most certainly been a trucker and was retired, but he was not the president. He was the night janitor. I was humiliated, and Spencer got a big laugh at my expense. I’ll say one thing though – the guy gave one heck of an interview.”

Soendker learned a valuable lesson from the amusing incident, and she didn’t let it deter her from accomplishing her mission of uncovering the truth and sharing OOIDA’s story.

“We always fight for the little guy. We shine the light in dark places. That’s what makes it fun to come to work every day.”

During Soendker’s tenure, Land Line has been recognized with numerous national and international automotive press awards. She has earned an abundance of individual awards as well.

“When Sandi extended the opportunity to come to Land Line many years ago, there was nowhere else I wanted to be,” said Land Line Managing Editor Jami Jones, who assumed the top position in the newsroom after Soendker’s retirement. “She had built a publication that stuck to journalist ethics and fought for the actual truck drivers. Her leadership, counsel and tenacity are the fuel that brought Land Line to this point. Moving ahead and forward without her is daunting, but because of all she’s taught us, not impossible.

“We all have been inspired to fight hard for truckers with our knowledge, research, and words. She’ll never really be gone from Land Line, because we’ll carry on with the same unyielding commitment to the truth and how it affects truckers that Sandi built Land Line on.”

And while Soendker retired from her position of editor-in-chief, she continues to be with OOIDA to work on special projects and as a media consultant.

“She is someone that we are going to dearly miss, but her retirement is well deserved.” 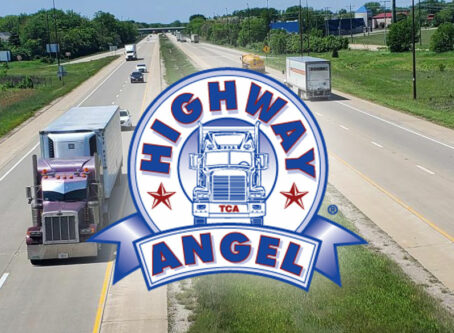