Introduced to trucking by his older brother, Daniel Snow was in love from the start.

“It was such a neat feeling to get behind the wheel of that old 1977 Freightliner cabover,” Snow said. “The feel of handling the rig was great. And the admiration people had for a professional truck driver back then was second to none.”

Daniel Snow and his wife, Phyllis Snow, are working to keep that “knights of the road” image alive. Daniel has been a truck driver for 37 years, and he taught Phyllis how to drive 13 years ago. Together, the OOIDA members from Harrison, Ark., haul general freight as team drivers in their 1996 Freightliner Classic XL, which is affectionately known as “The Goose.”

Self-described “old-school truckers,” the Snows spend 335 to 340 days a year in their truck. Doing so, they said they try their best to project a positive image for the trucking industry. At the time of the interview in August, the Snows said they were planning to take a shipment of food to the hurricane victims in Texas.

“We try to be good Christian people,” Snow said. “That doesn’t mean we’re perfect, but we do try to be good representatives. When you dress decent and talk decent, you will notice that people will treat you much differently.”

In order to re-establish that “knights of the road” image, the Snows said they believe a proper training program must be created.

“How a driver is taught is the root of the tree that grows,” Daniel said.

Phyllis added that it is not uncommon to come across drivers who were rushed through training programs and put on the road.

“Many drivers will say they went to school for three days, and then they tested out,” Phyllis said. “That’s not long enough. Some of these young drivers don’t even know how to read a map.”

And in a time when politicians are constantly asking for new regulations in the trucking industry, Daniel said it should all start with driver training.

“There are a lot of bad regulations out there, but I do believe a certain amount of regulation is necessary,” he said. “Large companies keep putting people out on the road with so little experience. It’s often you’ll come across a driver for a big fleet with only two or three months of experience, and they have a trainee with them. It used to be that you didn’t get that first seat until you had at least two years in.

In addition to teaching truckers to drive safely, the Snows said young truck drivers also should be taught how to work on a truck and how to read a map.

The Snows practice what they preach. They do much of the work to The Goose themselves. They said they often use their time spent waiting at loading docks to build parts. The practice saves the couple money and gives them extra pride in their truck.

That pride in trucking extends to their son, Jayme Snow, an OOIDA member from Berryville, Ark.

Jayme, now 31 years old, started driving intrastate when he was 18 years old. And he’s already passing on the love of trucking to his youngest child, 3-year-old Ethan.

Nicknamed “Catfish,” Ethan is already lined up to be the third generation of truckers in the Snow family.

“He has diesel fuel running through his veins,” Daniel said.

Phyllis added that the 3-year-old boy’s favorite movie is “Convoy,” and that he can sing all of the lyrics to the classic C.W. McCall song.

When it’s time for Ethan to be a trucker, there’s no doubt the Snows will teach him the old school way of doing things.

“We always try to encourage drivers to be more professional,” Daniel said. “We try to impact the trucking industry in a positive way. That’s what we try to put out there.” 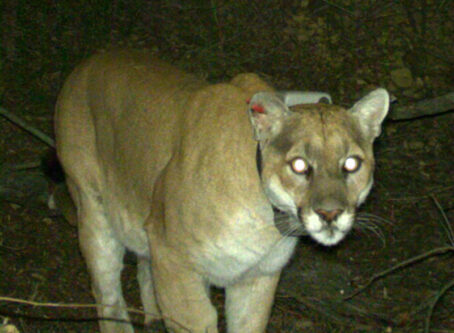