Work continues at statehouses from coast to coast to provide authority to test driver-assistive truck platooning technology on highways. The concept uses a lead truck to control the speed and braking of following trucks.

Advocates say truck platooning will save fuel because of reduced aerodynamic drag, lessen traffic congestion, and improve highway safety. Some supporters acknowledge it will work best on relatively flat, divided highways outside of populated areas.

In addition, the U.S. Department of Transportation’s John A. Volpe National Transportation Systems Center reports that Federal Motor Carrier Safety Regulations are likely to get in the way of automated technology.

During the past three years at least a dozen states have taken action to permit testing of autonomous trucks. The rule changes often require amendments to vehicle following distance rules.

The first state to act was Utah. The state has since permitted multiple companies to test their vehicles on state roads.

Other states in recent weeks to enact laws on truck platoons include the following:

State law has limited following distances for large trucks at a minimum of 300 feet.

The rule change is intended to provide research for truck platooning technology. SB125 authorizes platooning vehicles to follow at distances “that are closer than would be reasonable and prudent without the electronic coordination.”

One new law signed by Gov. Eric Holcomb includes a provision to exempt truck platoons from the rule. Also included in HB1290 is a repeal of the state’s motor carrier surcharge tax and a corresponding 21-cent increase in the state’s diesel tax rate.

Kentucky
Gov. Matt Bevin signed into law a rule that could soon result in platooning trucks on Kentucky highways.

State law has prohibited large trucks from traveling within 250 feet of another large truck.

The new law exempts electronically connected trucks from the FTC rule. SB116 limits the rule to apply to two trucks.

Operators in each vehicle would be required to hold a valid CDL, and to be behind the wheel.

Affected vehicles must also display a marking to warn other drivers and law enforcement that the vehicle is part of a platoon. Carriers also would be required to submit for approval a platooning plan to the State Police.

State law specifies that large trucks are not allowed to follow another large truck within 300 feet.

Previously HB1343, the revised law exempts platooning vehicles from the distance minimum while traveling on divided multilane highways in each direction. Platoons would be limited to two trucks.

“This is Mississippi’s very first step into the realm of autonomous vehicles,” Rep. Charles Busby, R-Pascagoula, told lawmakers while speaking on the House floor.

He explained that HB1343 allows for trucks to be linked electronically as they travel through the state.

“There would be drivers in each truck. I want to clear that up, but they would be allowed to follow each other more closely than current law allows.”

Oregon law states that large trucks following another truck while traveling outside of a business or residence district or upon a freeway must leave “sufficient space so that an overtaking vehicle may enter and occupy the space without danger.”

A second bill signed into law authorizes the creation of a task force on autonomous vehicles. HB4063 sets up a 31-member group with officials representing groups that include the Oregon Trucking Association to develop recommendations for legislation about the issue. The group is responsible for submitting a report to the Legislature this fall.

State law already prohibits motor vehicles from following others “more closely than is reasonable and prudent” under circumstances. Large trucks in excess of 10,000 pounds must also keep at least 500 feet behind them and other vehicles.

Rep. Mike Rohrkaste, R-Neenah, testified during a previous committee hearing that trucks can experience significant fuel efficiencies through the use of “drafting.”

“The problem is that effective drafting often requires trucks to follow each other more closely than 500 feet,” Rohrkaste stated. He assured legislators that platooning drivers would continue to have “ultimate control over their individual vehicles, including steering.”

Below are recent actions on the topic that are still winding their way through statehouses around the country.

Illinois
No minimum distance for large trucks is listed in state law. Instead, statute covers a “reasonable and prudent distance.” Trucks following another truck are required to leave sufficient space so that an overtaking vehicle may enter and occupy such space without danger.”

One House bill, HB4654, would exempt platooning trucks from the rule.

Louisiana
A bill halfway through the statehouse would revise state law that covers the minimum requirements for vehicle following distances.

Louisiana law states that “a driver shall not follow another vehicle more closely than is reasonable and prudent.” Specific to trucking, the rule defines the distance as within 400 feet on a highway.

Sponsored by Rep. Kenny Havard, R-St. Francisville, HB308 would permit platooning trucks to travel within the restricted distance between vehicles.

Addressing concerns on the chamber floor about what would happen if a vehicle merges in front of a platoon vehicle, Havard assured legislators the system is set up to disengage – much like cruise control – if the driver taps on the brake.

The proposal rule change would not apply to platoons operating on a two-lane highway.

Michigan
A House bill would revise the state’s following-too-closely rule.

Michigan law states large trucks must leave “sufficient space between the vehicle and another truck or truck tractor so that an overtaking vehicle may enter and occupy the space without danger.”

HB5749 would retain the provision, but include an amendment to specify that affected trucks traveling on a highway in a platoon “allow reasonable access for other vehicles to have safe movement among lanes to enter or exit the highway.”

The bill is in the House Transportation and Infrastructure Committee.

SB861 would setup a six-year pilot program to permit testing truck platoons of up to two vehicles.

State law prohibits truck and bus drivers from following another such vehicle within 300 feet.

The bill would permit platooning trucks to travel with less than 50 feet separation.

Supporters say platooning vehicles would be required to have someone behind the wheel.

Opponents say that a federal law and uniform law should probably regulate new technologies such as platooning. They add that an insurance requirement should be imposed on the software provider as well as trucking companies.

The Senate Transportation, Infrastructure and Public Safety Committee has approved the bill. It awaits further consideration in the chamber.

Sponsored by Rep. Greg Rothman, R-Cumberland County, HB1958 would permit affected vehicles to operate in violation of the state’s following distance rule for large vehicles. The rule would apply for up to three vehicles while working on limited access highways or interstates.

“I think we are seeing more and more that automated vehicles will play an expanded role in the construction industry,” Rothman stated. “I want Pennsylvania to be a leader in this area by ensuring we have a law in place to address this issue.”

Autonomous military vehicles would also be allowed to travel in groups. The platoon vehicles, however, would be required to have a person behind the wheel. 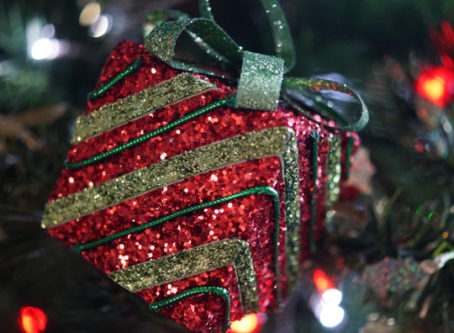