The U.S. Senate’s Commerce Science & Transportation Committee released its version of a highway bill on June 10, and it did not include any increases to the minimum insurance requirement. The Senate version also did not include screening requirements for obstructive sleep apnea.

By contrast, the House T&I Committee’s Invest in America Act would increase motor carriers’ minimum insurance requirement from $750,000 to $2 million. The House version made its way through a committee markup hearing that lasted from Wednesday, June 9, until the morning of June 10. It is expected to reach the House floor next.

“The bill is not perfect, but it represents a remarkable contrast from the highly partisan abomination working its way through the House,” Spencer said. “We warned members of the T&I Committee that a bipartisan Senate bill would never include a toxic insurance increase, and we were right. I hope every lawmaker who chose trial lawyers over truckers last night is regretting having to even cast a vote on such a contentious issue that has little chance of becoming law. If they’re not regretting it today, they will soon.”

Although the Senate bill does not include an insurance increase or a sleep apnea screening mandate, OOIDA does take issue with provisions in the bill that call for automatic emergency braking mandate and language involving side underride guards.

Chairwoman Maria Cantwell, D-Wash., and ranking member Roger Wicker, R-Miss., introduced the bipartisan legislation. It is expected to be considered by the full committee on Wednesday, June 16.

A section-by-section look at the Senate committee’s version of the highway bill can be found here. LL 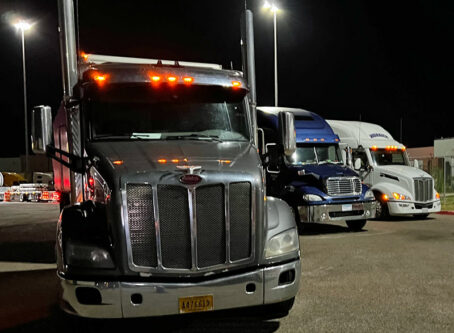