The Senate Commerce, Science and Transportation Committee advanced Hutcheson’s confirmation through a voice vote on Wednesday, June 22. The next step is a vote on the Senate floor.

Hutcheson already has been leading the agency as acting administrator since January, taking over the role from Meera Joshi, who left to become a deputy mayor for New York City.

Before that, Hutcheson worked as the U.S. Department of Transportation’s deputy secretary for safety policy in 2021. She also was the director of public works for the city of Minneapolis, overseeing a team of 1,100 people across nine divisions, including drinking water, surface waters and sewers, solid waste and recycling, fleet management, and all transportation functions. She worked as the transportation director for Salt Lake City and was on the board of directors for the National Association of City Transportation Officials for seven years.

The acting administrator position at FMCSA has been a revolving door since Ray Martinez stepped down as permanent administrator in October 2019.

Joshi also was nominated to become the next permanent administrator. As with Hutcheson, the Senate committee advanced Joshi’s nomination in October. However, Joshi’s confirmation was never approved by the full Senate.

If Hutcheson is confirmed, she would become FMCSA’s seventh permanent administrator since the agency was established in 2000. Previous administrators were Joseph Clapp, Annette Sandberg, John H. Hill, Anne Ferro, Scott Darling and Martinez.

The administration’s spring 2022 regulatory agenda features some controversial rulemakings, including side underride guards and speed limiters. 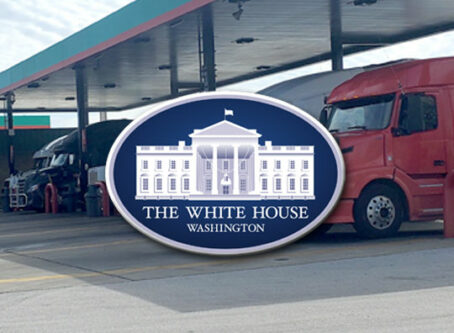 President Biden is calling for a fuel tax holiday. However, the House T&I leader calls the efforts “short-sighted.”