A large portion of the country ranging from the South to the Northeast is getting hit with another winter storm, closing many roadways, causing travel restrictions and keeping the energy demand crisis at critical levels.

Hit by a winter storm Feb. 12-16, Texas was immediately slammed with another storm on Wednesday and Thursday, exacerbating damage done by the first.

Throughout the Lone Star State, numerous state routes are closed as unusually freezing temperatures reached as far south as the Gulf region. However, interstates have been mostly cleared as of Thursday morning.

The Port of Houston closed public terminals and truck offices on Thursday morning due to the winter storm. Bayport and Barbours Cut Container Terminals and the Turning Basin Terminal are included in the closures. However, Cargo Bay Road and Ramp Road 5 remain open at Turning Basin Terminal for stevedores and tenants. Possible reopening was to be evaluated later Thursday afternoon.

Energy demand in Texas reached critical levels throughout the week, including diesel. As of Thursday morning, more than 500,000 customers were without power in Texas. At the peak of the winter storm, more than 4 million customers experienced power outages. Demand was so high that utility companies in several states had to implement rolling blackouts to prevent more widespread, uncontrolled blackouts.

It is not clear how much the crisis will affect fuel prices. Refineries in Texas and Louisiana have idled due to the winter storm, according to Tom Kloza, founder of Oil Price Information Services. Up to 4 million barrels per day has been impacted, potentially sending fuel prices upward in the region.

Scores of truckers remain stranded at truck stops in Texas as diesel delivery has been delayed. Although power outages at truck stops has greatly reduced, fuel supply remains critically low. Love’s Travel Stops, Pilot Co. and TravelCenters of America are reporting numerous outages and shortages throughout the region.

The situation at some truck stops is getting dire. Jon Osburn, skipper of OOIDA’s tour trailer, is currently stationed at the TA Petro in San Antonio. On Thursday morning, Osburn reported a lack of food, fuel, showers and DEF. In pumps that still have supply, fuel is gelling up.

Meanwhile in the Northeast, Pennsylvania and New Jersey have implemented travel restrictions for certain vehicles on certain highways.

Vehicles not affected by the restrictions are limited to 45 mph on most of the above roadways. Updates can be found at 511PA.com.

In New Jersey, have restricted commercial vehicles on the following roadways:

All tractor-trailers are included in the restrictions, including empty straight CDL-weighted trucks. Travel restrictions do not apply to the New Jersey Turnpike, Garden State Parkway, Atlantic City Expressway, Interstate 76 or Interstate 676. Real-time traffic is available at 511NJ.org.

Spanning all the way up to the Northeast, the latest winter storm is affecting motorists in several states. Combined with the first storm, the Federal Motor Carrier Safety Administration has issued an emergency declaration for the Southern, Midwest and Western region, affecting two-thirds of states.

On Feb. 17, FMCSA declared the regional emergency declaration in response to the winter storms. More than 30 states are part of the declaration, including the District of Columbia. According to FMCSA, the declaration waives certain regulations for motor carriers “providing direct assistance supporting emergency relief efforts transporting supplies, goods, equipment, heating fuels, including propane, natural gas, and heating oil, and other fuel products including gasoline.” More information about the declaration can be found here.

From Louisiana up to the Northeast, roadways are quickly freezing, causing crashes along interstates and highways.

Major closures on portions of roadways are being reported throughout the day as a result of crashes or downed power lines and trees. Drivers are encouraged to check road and traffic conditions before a trip.

Nationwide, state Departments of Transportation are asking motorists to be aware of snowplows. Over the past week, several snowplows and other emergency vehicles have been struck on roadways. In Wyoming alone, 10 snowplows were struck within a five-day period.

“If a motorist sees a cloud of snow ahead of them when they are driving, there’s a good chance it is a snowplow,” WYDOT Director Luke Reiner said in a statement. “Do not drive into that cloud. Motorists should stay back and wait to pass. If a motorists sees the plow and they need to pass, they should do so only if they absolutely need to.” LL 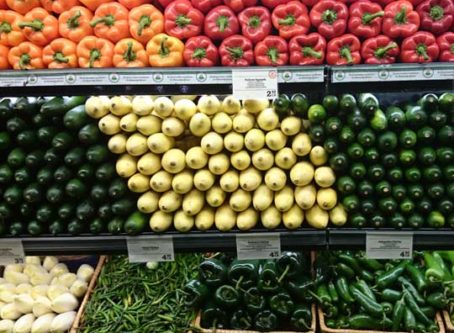 Summer freight, fresh produce, and construction materials are in high demand, and that’s good news for the load board – and for carriers.