Salute the military by taking part in Truckers for Troops

OOIDA’s Truckers for Troops campaign kicked off on Veterans Day. The campaign is a salute to active duty and veteran members of the U.S. military.

The annual campaign, which runs through Friday, Nov. 15, generates funds in order to send care packages to service personnel in combat zones. Truckers for Troops also helps a variety of veterans’ facilities in the United States, including those that assist or provide housing for wounded, disabled or homeless service members.

During the campaign period, new and renewal memberships are discounted to the special price of $35 per year – a savings of $10 off the regular price. Members may renew for as many years as they want. No matter how many years, 10% of the amount paid during the campaign week will go toward the Truckers for Troops fund. On top of that, OOIDA will match those funds.

A Land Line Now radio broadcast is planned for each day of that week on OOIDA’s Land Line Now satellite radio show on Sirius XM 146. Land Line Now’s broadcasts also are available by web and through the smartphone app Bullhorn.

The Monday Land Line Now program features including an interview with a Marine who appreciated getting a Truckers for Troops care package, a volunteer services representative of the West Roxbury Campus Veterans Administration Medical Center, and an Arizona VA golf program. On Tuesday, listeners will hear about the Tiny Houses Veterans Community Project.

On Thursday’s Land Line Now broadcast, another story from a Truckers for Troops care package recipient is planned and so is a trucker who stepped up to haul a vintage aircraft at the request of some veterans.

To be a part of the Truckers for Troops salute to our military campaign, just call OOIDA’s main number, 800-444-5791 during business hours. Let operators know you’re calling about Truckers for Troops, and they will transfer you to membership.

Phones will be answered live, and the switchboards will stay open later than usual, so you can call until 7:30 p.m. Central.

Contributions also can be made through the OOIDA website.

There is an unofficial “branch challenge” that began during the radio telethon several years ago.

During the Truckers for Troops campaign, veterans and supporters of the five armed services have competed over the years to see which branch called in the most to salute and donate to their fellow troops. Truckers who called in to participate also “cast a vote” on behalf of the branch of choice.

In 2018, members of the U.S. Army won the branch of service challenge.

A testament to the generosity of members

Truckers for Troops has been a success from the start. The first campaign started with a modest goal of raising $5,000. However, generous truck drivers opened their wallets and raised more than eight times the original goal, with a total of $42,083.

The success shouldn’t be a surprise because veterans are a huge part of the trucking industry. More than one-third of OOIDA members have served in the military.

Since 2007, OOIDA members have generated more than a half a million dollars to send packages to our country’s troops overseas and veterans’ facilities in the United States.

Names of those serving in combat zones

The Association also wants the names of individuals serving in combat zones with the U.S. military to receive packages. OOIDA also wants to hear requests from veteran facilities with unmet needs. Those requests can be sent to Troops@OOIDA.com. Be sure to include an address and a projected stateside return date for individuals.

In addition, the Association seeks handmade cards or letters for inclusion in care packages. If you would like to include a card or letter in the package, please send it to OOIDA, attention:

Towns or school names can be included, but please do not include last names or other personal information.

Remember this story published last year during the Truckers for Troops campaign?

Day 1 of the 2019 OOIDA Truckers for Troops Telethon to support troops and veterans gets underway with the story of Christian Guffreau, who explains what a care package means to him and other Marines who are far from home.

A Massachusetts VA official says without donations like the one from Truckers for Troops, programs would be cut or canceled.

A sound you don’t expect in a vet’s program – FORE!

A program in Arizona uses golf to help veterans who are injured, both mentally and physically.

Tiny houses are helping veterans who might otherwise be homeless, including access to needed services. It’s the Veterans Community Project, and it’s moving from one city to nationwide. (14 minutes)

Support for those who have none

Some veterans have little to any money, no family support and only the VA to rely on. Donations fill a gap for those veterans at Pennsylvania’s Hollidaysburg Veterans Home. (14 1/2 minutes)

And you don’t even need to stay in the lines

Returning veterans need all kinds of help dealing with wounds physical and mental – and even something as simple as a coloring book can help. (9 1/2 minutes)

A truck pays tribute to our military

Two OOIDA members re-imagined the paint job on two of their company’s trucks with breathtaking murals intended to honor our nation’s military forces.

Memories from a final chapter

In 1975, Saigon fell, signaling the defeat of South Vietnam and the end of that conflict. We’ll bring you a first-hand account from the day it happened from Jon Osburn, who drives OOIDA’s tour truck, the Spirit of the American Trucker.

Honoring a friend by hauling the wall

A trucker honors a dedicated driver and veteran by hauling the mobile version of the Vietnam Veteran’s Memorial Wall. 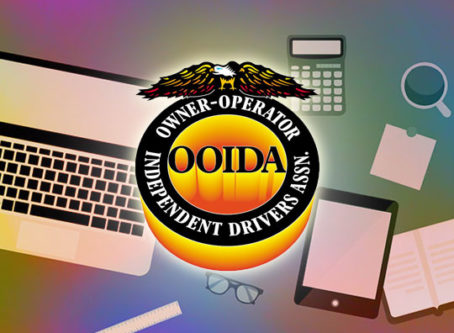 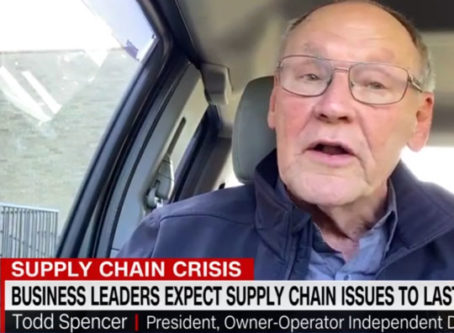 OOIDA President Todd Spencer made an appearance on CNN to help clear up the driver shortage claim as it relates to the supply chain. 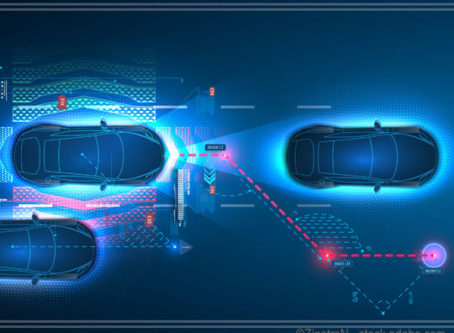 OOIDA asks its members – actual truckers – to answer a survey about advanced driver assistance systems. Takes 10 minutes and is due Nov. 1. 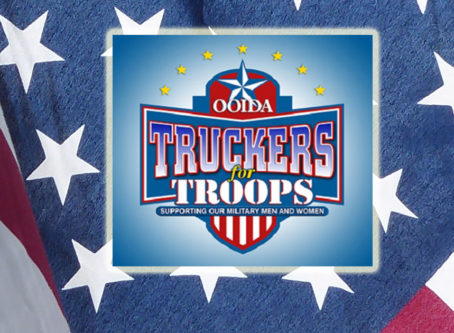 The 15th annual Truckers for Troops campaign is slated for the week of Nov. 8. So far, the effort has raised nearly $700,000 to aid veterans.