Nearly one month after the United States Court of Appeals for the First Circuit ruled in favor of the American Trucking Associations in its Rhode Island toll lawsuit, attorneys for the state are asking the appellate court to rehear the case.

An en banc rehearing requires all available judges to hear the case rather than a three-judge panel.

According to the petition, the First Circuit court “has consistently set forth a three-factor analysis with a particular emphasis on ‘the revenue’s ultimate use, asking whether it provides a general benefit to the public, of a sort often financed by a general tax, or whether it provides more narrow benefits to regulated companies or defrays an agency’s cost of regulation.’”

Rhode Island argues that the RhodeWorks Act that established the truck-only tolls “was imposed by the Rhode Island General Assembly to raise desperately needed revenue to maintain and repair public bridges.”

The district court dismissed the case based on the Tax Injunction Act. The lower court found that the tolls “are really a highly targeted and sophisticated tax designed to fund infrastructure maintenance and improvements that would otherwise need to be paid by other forms of tax-generated revenue.”

“The panel, however, not only reversed the district court’s dismissal, but in doing so shifted the (Tax Injunction Act) inquiry from its previous emphasis on the ‘revenue’s ultimate use’ as ‘a general benefit to the public’ to a focus on whether the assessment provides a special benefit to the payer,” the state argues in its petition.

Based on that shift, the state argues, the appellate court should grant an en banc rehearing.

During oral arguments in October, Rhode Island claimed that the truck-only toll is a tax under the San Juan Cellular test, arguing a “general public purpose” for the tolls. However, the panel was not satisfied with that argument.

If the court grants the petition, a new hearing will be scheduled. However, if the First Circuit denies the petition, the case will either go back to the district court as ordered in the original opinion or the state can petition to the Supreme Court. 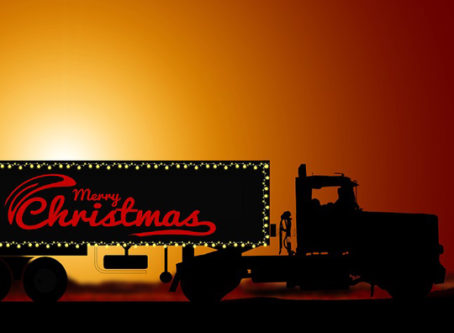