A report from the Select Subcommittee on the Coronavirus Crisis says the Trump administration went against the Department of Defense’s recommendation to deny Yellow Corp.’s request for $700 million under the Coronavirus Aid, Relief and Economic Security Act.

In a report titled “‘We had our hand in the cookie jar’: The Trump administration’s $700 million ‘national security’ loan to Yellow Corp,” the Select Subcommittee on the Coronavirus Crisis says the Trump White House intervened with the trucking company’s CARES Act loan.

“The Select Subcommittee’s investigation has uncovered troubling evidence that Trump administration political appointees flagrantly disregarded an assessment by career Department of Defense industrial base experts that the company should not be certified under the CARES Act as ‘critical to maintaining national security’ and provided generous loan terms that violated CARES Act risk and interest rate requirements,” the report states. “Evidence obtained by the Select Subcommittee suggests that these decisions were driven by the White House and President Trump himself.”

Yellow Corp. received the massive loan in July 2020 under a CARES Act program intended to keep companies “critical to maintaining national security” in operation. The Overland Park, Kan.-based company was approved for $700 million, comprising of 95% of the total funds disbursed under that program.

The company is calling allegations within the report “unsubstantiated” and “demonstrably false.”

The company is calling allegations within the report “unsubstantiated” and “demonstrably false.”

The investigation reveals that about two months before receiving the loan, Meadows planned to call Mnuchin regarding Yellow Corp.’s application. Based on information provided by Yellow Corp. lobbyists, Meadows was “the key actor” in the administration. Lobbyists talked to Meadows at least three different times about the company.

Records obtained by the subcommittee show that other White House officials regularly communicated with the trucking company and its representatives about the loan application and sought to reach out to the Treasury on Yellow’s behalf in May 2020.

Shortly before Esper certified the Yellow Corp. loan, Trump had received a call lobbying for the loan. Immediately after awarding the loan, Mnuchin emailed the announcement to Meadows and other close aides to Trump, highlighting praise for Trump in news reports about the loan. Lobbyists for the company told investigators that the White House political director was “almost giddy” to work on the loan application.

Intervention through high-level Trump appointees was necessary because career officials indicated the trucking company was not “critical to maintaining national security.”

In its analysis, the Defense Department concluded that other companies could replace Yellow Corp.’s trucking services, making it ineligible to receive the $700 million under the CARES Act program for companies critical to national security. The analysis stated that Yellow Corporation’s services “were less than half of what the company claimed.”

Company officials told the Treasury Department that the lawsuit was just a “contractual dispute,” despite accusations of fraud worth millions of dollars. That lawsuit was not settled until just recently.

On June 24, 2020, Defense Department officials told the Treasury that it would not certify the loan. Shortly after, Mnuchin requested a phone call with Esper and their respective general counsels about the loan certification. After the call, Esper certified Yellow Corp.’s loan application based on national security.

The phone call undermined Mnuchin’s testimony to the Congressional Oversight Commission in December 2020. Mnuchin told the commission the Treasury merely “relied” on the Defense Department certification. Furthermore, he suggested that the Defense Department’s purportedly independent certification of the loan prompted the Treasury to prioritize Yellow’s loan application over the applications of other companies. However, the phone call suggests Mnuchin may have prompted the certification.

Yellow Corp. caught with ‘hand in the cookie jar’

By defying career officials’ recommendation, the Trump administration may have violated the CARES Act that it helped create.

According to the report, more than half of Yellow Corp.’s loan wereused for long-term capital investments. However, the CARES Act requires loans be made to offset “losses incurred as a result of the coronavirus.”

Essentially, the CARES Act is an economic recovery package, not an economic stimulus package.

Yellow Corp. can use about $400 million from the loan for long-term investment in replacing its truck and trailer fleet. However, that amount far exceeds what the company had been spending annually on capital investments before the pandemic. Furthermore, it is significantly larger than the Treasury’s initial loan offer to the company.

Documents obtained by the subcommittee show Yellow Corp.’s Chief Financial Officer Jamie Pierson wrote to a creditor to say, “while we had our hand in the cookie jar we thought we would try to get a little ‘catch up’ capex (capital expenditures) while we were at it,” revealing that company executives intended that the capital expenditure request go beyond covering losses caused by the pandemic.

Additionally, the report states that Yellow Corp.’s CARES Act loan included an interest rate substantially lower than the rate it paid to private creditors, even though the government took on more risk than those creditors. The CARES Act required loans be made at a “rate that reflects the risk” and which is not less than the rate the company would have received “prior to the outbreak of the coronavirus.”

“There are clear indications that President Trump and White House officials allowed political considerations – including the belief that delivering relief funds to Yellow could be electorally advantageous – to override adherence to CARES Act requirements and agency policies in the process of evaluating Yellow’s loan application,” the report stated.

In a letter to subcommittee Chairman James Clyburn, D-S.C., dated April 26, the day before the report was released, a law firm representing Yellow Corp. attempted to clear the company’s name.

Marc Kasowitz of Kasowitz Benson Torres LLP explained to Clyburn that the company was “facing potentially crippling economic dislocations caused by the coronavirus pandemic.” Kasowitz pointed out that Yellow Corp. attempted to save about 30,000 mostly American jobs, including 24,000 International Brotherhood of Teamsters employees. According to the letter, the company received broad support for the loan from Congress members on both sides of the aisle.

Regarding allegations of ineligibility as a company critical to national security, Yellow Corp. CEO Darren Hawkins informed the congressional committee that the company is one of the nation’s largest less-than-truckload carriers and a major LTL service provider for the Defense Department with expertise in critical military supply chain operations. Hawkins also claims that the company is a leading carrier for the Department of Homeland Security and the Department of Energy.

Addressing improper use of loan funds, Hawkins explained to the committee that “long-term capital investments” were part of negotiations with the Treasury Department. Therefore, Yellow Corp. claims, the terms of the loan conclusively allowed for such use of the funds.

Yellow Corp. stated it has never denied its efforts to secure the loan.

As for questions about the loan’s interest rate, Kasowitz reminded the committee that the company posted collateral in the form of a first-priority lien on all equipment purchased with the loan proceeds, as well as a junior lien on all other assets. Furthermore, the Treasury received nearly a third of Yellow’s stock, totaling 15.9 million shares.

Stock equity stake is worth approximately $69.67 million, according to the letter. That has increased approximately 50% in value since the loan was approved.  Yellow Corp. has paid more than $25 million in interest on the loan.

Referring to Pierson’s “cookie jar” comment, Yellow Corp. claims that the committee is cherry-picking quotes to further a political agenda.

“It is highly unfortunate, indeed, that the committee, which had the opportunity to quote from literally tens of thousands of pages of substantive material in the documents voluntarily produced by Yellow to the committee, has chosen instead to elevate rhetoric over substance for cheap political gain,” Kasowitz stated in the letter. “Indeed, employees at Yellow remain truckers not politicians, which is why the company is pleased to work with whichever party is in the White House.” 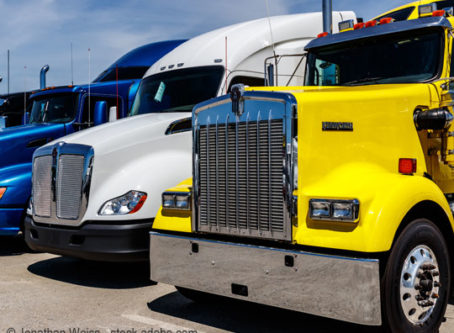 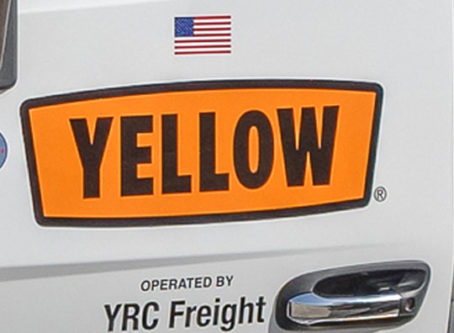