The two motor carriers and officials involved with them have been ordered to immediately cease all interstate and intrastate operations. The federal order was served on Nov. 11.

According to the order, Carlos Gusman was identified as the primary official for both motor carrier operations. Also named in the out-of-service order were Patricia Macias and Felipe Gusman.

Two of Texas Interstate Express’ drivers spoke against the motor carriers in signed statements to FMCSA.

The two drivers said officials at Texas Interstate Express and/or PAC Express instructed them to disregard being placed out of service for hours-of-service violations and continue on with trips after the roadside inspectors were no longer monitoring them.

They also stated they were also instructed to avoid inspections and bypass scales and that they would be dispatched on trips that could not be made within hours-of-service rules without speeding.

A copy of the imminent hazard order issued to the two motor carriers, Texas Interstate Express and PAC Express, is available here.

Other crime and courts coverage on Land Line Media:

A proposed mandate of electronic ID technology has the trucking community buzzing and voicing concerns about government overreach and privacy.

The final domino has fallen in a federal criminal case accusing 20 people, including DMV employees, of a CDL fraud scheme. 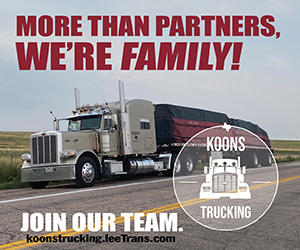