Renewed efforts underway at the Mississippi Legislature would permit sheriffs to use speed radar.

State law limits the use of speed radar detection equipment to the Mississippi Highway Patrol, city police departments and the Lowndes County Sheriff’s Department. Cities with populations of fewer than 2,000 are prohibited from using radar on their public streets while populations of more than 15,000 can use radar on federal highways within their boundaries.

Multiple bills introduced at the statehouse would authorize the board of supervisors of any county to permit sheriffs to use speed radar.

Efforts to expand radar use in the state to include county roads have struggled for decades as opponents say the enforcement tool could be used to set up speed traps and rake in revenue from tickets.

They point out that extending the use of speed radar to sheriffs’ deputies is unnecessary because the state already allows the Highway Patrol to leave state roads and assist local agencies.

That reasoning is not good enough for advocates of expanding the use of radar. They refer to state statutes that require counties to post speed limits but also prohibit counties from enforcing the speed limits.

As a result, the fight to expand the use of radar to sheriff’s deputies is renewed at the statehouse.

One bill to permit sheriffs’ use of speed radar attempts to ease concern about misuse of the equipment to boost revenue.

Half of all fines collected by a county would be deposited into a special fund to be appropriated by the Legislature for maintenance, reconstruction and/or repair of highways and bridges. The remaining half of fine revenue would be used for road construction in the county where the violation occurred.

A House bill covers the population provision for municipalities. Sponsored by Rep. Jeffery Harness, D-Fayette, HB652 would get rid of limitations on departments permitted to use the ticketing mechanism.

Rep. Price Wallace, R-Mendenhall, is taking a slightly different approach. HB570 would allow sheriffs to use radar enforcement based on the county’s population. Specifically, radar would be limited to sheriffs in counties with at least 100,000 people.

The provision would apply to Hinds, Harrison, DeSoto, Rankin, Jackson and Madison counties.

One more bill from Rep. Randy Rushing, R-Decatur, focuses on truck enforcement. HB410 would authorize law enforcement with the Mississippi Department of Transportation to use speed radar when enforcing the speed limit on commercial vehicles.

More Land Line coverage of news from Mississippi is available.

More than a dozen bills offered at the Connecticut statehouse call for the elimination of the state’s highway use tax on large trucks. 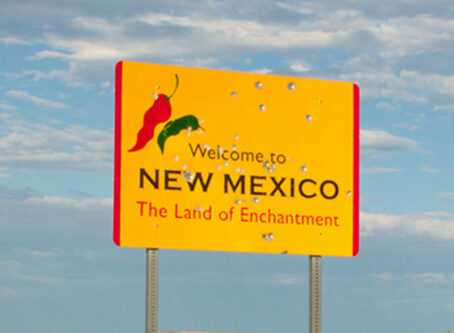