Driver shortage, truck parking, ELDs and the highway bill are among the pressing issues facing truckers and the trucking industry.

To clarify OOIDA’s stance on these issues and more, Executive Vice President Lewie Pugh joined the FreightWaves Small Fleet and Owner-operator Summit on June 9 for a fireside chat with John Kingston, executive editor at FreightWaves.

The virtual event, held to provide knowledge and insights to improve trucking operations, according to the FreightWaves website, featured owner-operators as well as safety personnel who can help trucking professionals stay ready for the challenges they may face.

“There’s a driver turnover problem and a driver pay problem,” Pugh said. “When you’re a trucker, you’re on the road a lot. Plus, there’s the amount of time you are never paid for, such as waiting at docks. Driver’s salary should be six figures by now if it kept up with inflation. If they are going somewhere for a better job, apparently you aren’t paying them enough. It comes back to pay and treatment. Truckers get paid for their time, and I think that’s something we overlook. Carriers are finally realizing they have to pay these people if they want safe drivers.”

“Not only does it fall on the government, but it falls on the private sector as well,” Pugh said. “Parking is a crisis. There’s $750 million over five years to increase capacity. In a lot of places people say they don’t want trucks in their backyard, so some zoning laws are going to have to change. There’s always vacant ground in industrial parks – maybe put some parking in there. Or allow Walmart, Target, Amazon and places like that to put in extra parking. It’s going to take everyone working together.”

“We have had positive meetings with her so far,” Pugh said. “We’re hoping the open dialogue continues and she continues working with the industry to make things better.”

“We would have liked to have seen more done, such as the split sleeper berth become more open and a little pause in the clock. Trucking is a huge, diverse animal. What works for one doesn’t always work for another. There has been some positives from what they have done.”

“The biggest impact I have seen is with parking,” Pugh said. “Now, there’s not much flexibility and everyone is running at the same time. Drivers have changed their operation to work better with ELDs, but we’re still seeing retention times. The complaints we mainly hear are it’s just an expensive regulation.”

“We still don’t know what’s going to be in it,” Pugh said. “More tolling as well as vehicle motor tax are concerning us. We believe increasing fuel taxes has worked for years and is the fairest thing out there, but we’re concerned with truck-only vehicle motor tax. Some of the proposed safety regulations that haven’t been proven are also a concern. We believe the safest thing is a well-trained driver. We’d like to see more emphasis on training. Truckers need to know how to drive the truck without all the fancy stuff.” LL 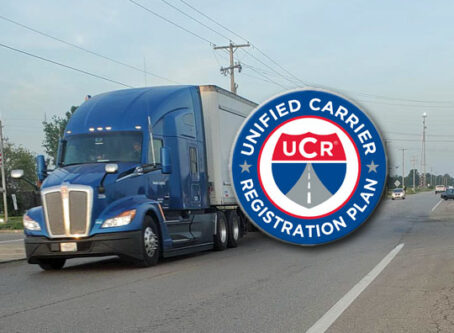 OOIDA wants its members to remind regulators that UCR fees aren’t to be used as a “slush fund.” There is a short period for comments.