Prime truckers eligible for $28M settlement have until Dec. 7

Former and current New Prime truck drivers and trainees have a few weeks remaining to claim their portion of a $28 million settlement.

The settlement followed a class action lawsuit that was filed more than five years ago. The lawsuit originally filed by truck driver Dominic Oliveira in 2015 alleged that Prime violated the Fair Labor Standards Act.

Prime attempted to force arbitration until a 2019 U.S. Supreme Court decision sided with Oliveira. In July, A $28 million settlement was reached between the named plaintiffs – Oliveira and Rocky Haworth – and Prime regarding claims that the Springfield, Mo.-based trucking company improperly paid drivers in violation of the Fair Labor Standards Act, Missouri minimum wage law, and related laws.

The website, primetruckingsettlement.com, has been created for eligible class members to participate. There also has been a page created for frequently asked questions.

“Claimants are eligible to receive a monetary payment, as well as other nonmonetary benefits from the settlement,” attorneys for the truck drivers wrote in a news release.

“I feel that this was about the principle and respect,” Oliveira said. “It’s probably not as much as everyone wants, but it’s still a huge win. It shows that drivers aren’t going to be taken advantage of. We have a voice, and we’re going to be heard.”

On Oct. 5, about 40,000 former and current Prime drivers and trainees were notified – an estimated 30,000 of them by email – about their potential eligibility to receive funds from the court-approved settlement. Later that day, a Prime supervisor told the company’s drivers to not open the email because they believed it to be a phishing scam.

Even though the supervisor sent a second message to let drivers know he was mistaken, attorneys for the truck drivers filed an amended emergency motion, saying that the damage had already been done and that the supervisor’s follow-up message wasn’t enough to ensure the original phishing scam message wouldn’t deter potential class members from filing a claim.

A judge for the U.S. District Court of Massachusetts agreed, ordering Prime – at the company’s expense – to send cover letters on company letterhead to all of the truck drivers who were originally notified about the settlement through email, which amounted to about 30,000 of them.

In addition, Prime was required to send another Qualcomm message to all of its drivers who received the original false message. The company also was ordered to send messages to the administrators of the Prime Facebook groups, which posted inaccurate information about the settlement. LL 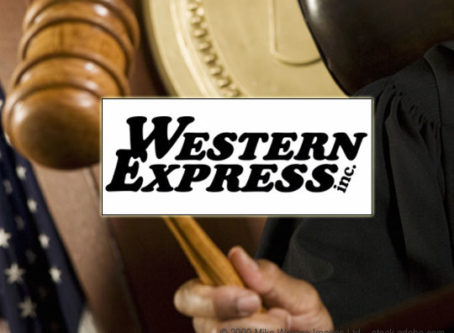 Third time the charm? Drivers in a wage lawsuit against Western Express hope so after a second settlement was denied by a federal court.