A bill that would dedicate money to create more truck parking spaces is now in Congress – we’ll explain what it would do and why it was introduced. 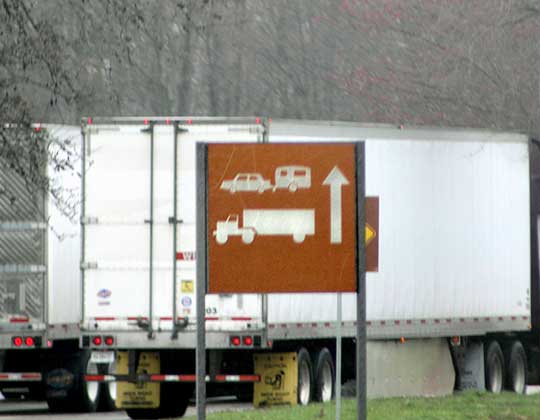 California hopes to avoid a sequel to ‘carmageddon’; the truck driver who was pulled from a burning truck in Indiana dies; and Volvo tries a weighty idea for its latest ad campaign – it’s today’s news in trucking.

A bill that would dedicate money to create more parking spaces for trucks is now in Congress. We’ll explain what the bill would do and why it was introduced.

An old political expression says that if you’re not at the table, then you’re on the menu. Markcus Davis is at the table, and he’s serving up some truth about trucking. We’ll tell you about his trip to our nation’s capital.

Markcus Davis discusses the reaction from representatives and senators to his visit – and the information he offered up – and we’ll offer some insight into why contacts on the part of truckers, such as this, are important.