Authorization of speed-enforcement cameras in Pennsylvania is nearing passage at the statehouse.

The House voted 166-25 to use speed cameras in active work zones on interstates and federal aid highways.  In July 2017, Senate lawmakers voted 45-3 to approve an earlier version of the legislation.

Automated enforcement cameras would be used to detect drivers exceeding the posted speed limit by at least 11 mph when workers are present. Registered owners of vehicles found in violation would receive $40 fines in the mail. No points would be added to a driver’s record.

Advocates say changes are needed to alter driver behavior in work zones and, hopefully, to remind motorists to slow down in affected areas. They also highlight 2016 figures from PennDOT that show there were 2,075 crashes in Pennsylvania work zones, including 16 deaths.

A legislative analysis of the bill reports the cameras could generate more than $33 million annually with the state’s take being allotted to the State Police, PennDOT, Turnpike Commission, and Motor License Fund.

Opponents say instead of resorting to automated enforcement cameras they would rather see police officers posted in work zones. They also note that officers can monitor other dangerous driving behaviors.

Roosevelt Boulevard
The current version of the bill also singles out a major roadway in Philadelphia for speed enforcement cameras.

Red-light cameras already are authorized for ticketing in the city.

Specifically, the bill would authorize the use of ticket cameras along U.S. 1, or Roosevelt Boulevard for five years.

The 15-mile roadway stretching from the Bucks County line to Interstate 76 already has 40 red-light cameras posted at various intersections.

The provision would permit the use of speed cameras along the 12-lane roadway that carries about 90,000 vehicles daily. Warning signs would be posted every two miles.

Violators exceeding the posted speed limit by at least 11 mph would face $150 fines. No points would be added to driver’s licenses.

All images captured along the roadway would be destroyed within one year.

Tom McCarey, a member of the National Motorists Association, refers to ticket cameras as a “scam” aimed right at drivers’ wallets.

He has said “the safety problems on the Boulevard stem from highway-engineering malpractice” by state officials. McCarey adds that officials “refuse to use time-tested engineering principles like synchronizing the traffic lights.”

The Philadelphia city council must adopt an ordinance to begin a pilot program.

SB172 has been sent back to the Senate for approval of House changes. The bill is in the Senate Rules and Executive Nominations Committee. If approved by the full chamber, it would move to the governor’s desk.

To view other legislative activities of interest for Pennsylvania, click here. 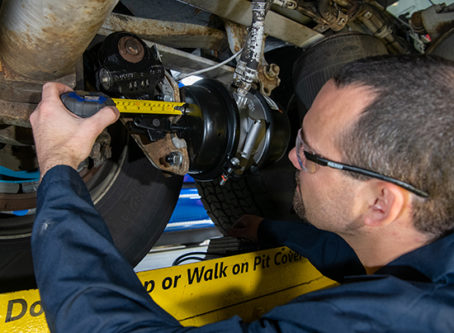 Keep your brakes in good condition

Keeping your brakes in good standing means keeping up with maintenance, especially the air system. Also, fighting for truckers state by state.