Pennsylvania is opening up its wallet to improve the state’s infrastructure by investing nearly $50 million for dozens of multimodal projects, including two projects directly affecting the trucking industry.

Gov. Tom Wolf recently announced that the state will invest $47.8 million toward 56 highway, bridge, transit and bike/pedestrian projects in 28 counties. All projects address multimodal transportation issues at the local level. One project in Blair County and another in Lackawanna County address truck traffic.

Allegheny Township in Blair County will receive nearly $500,000 for a project that will make it easier for truckers to make a turn. Specifically, the township will improve traffic flow and accommodate truck turning movements at the intersection of Theater Drive and U.S. 22 (Route 764) by adding a 300 linear-foot right turning lane.

Olyphant Borough in Lackawanna County is getting $370,000 to address its truck traffic issues. The project will reconstruct Mid Valley Drive to accommodate the volume, size and weight of current truck traffic. Improvements for truck traffic consist mostly of repaving the road.

Although only two of the 56 projects deal with truck traffic directly, the majority of projects improve local roads and bridges, which also can affect truck traffic. All but $4 million will fund projects related to highways and bridges.

Established in 2013, the fund “stabilizes funding for ports and rail freight, increases aviation investments, establishes dedicated funding for bicycle and pedestrian improvements, and allows targeted funding for priority investments in any mode,” according to PennDOT.

With a significant injection of funding from the federal government, more infrastructure projects at the local level are expected to commence in the near future. Federal agencies are beginning to distribute the $1 trillion made available by the Infrastructure Investment and Jobs Act. Of that money, nearly $570 billion goes to the U.S. Department of Transportation.

The infrastructure bill reauthorizes surface transportation programs for five years and invests $110 billion in additional funding to repair roads and bridges, as well as other projects. Projects that would ordinarily drain state funding, like the Multimodal Transportation Fund, can now qualify for funding through federal programs. LL 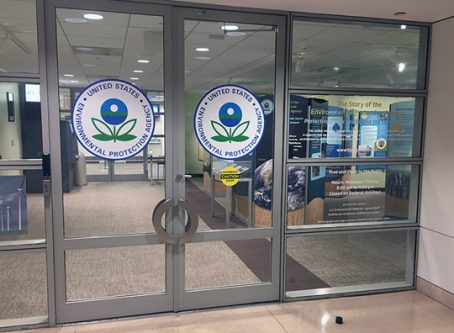 EPA gets the word out on new emissions standards