Multiple bills in the Pennsylvania General Assembly would adopt a federal weight exemption for electric-powered trucks. The rule is already in place in the majority of states.

Passed by Congress in 2015, Fixing America’s Surface Transportation Act raised the weight limit for natural gas and electric battery-powered tractor-trailers to 82,000 pounds. The rule authorizes states to raise the weight on interstates within their borders.

The House Transportation Committee voted unanimously to advance a bill to put into statute the federal rule on electric battery-powered trucks. Specifically, HB722 would increase the maximum gross vehicle weight for commercial vehicles powered by electric battery power by 2,000 pounds to 82,000 pounds.

A 2017 Pennsylvania law authorizes the weight allowance for trucks powered by natural gas.

During the 2020 regular session, state House and Senate lawmakers approved different versions of the bill. Time ran out on the session before legislators were able to work out their differences in the bill.

The 2020 version was ultimately derailed because of a House change made to the bill intended to ensure that more vehicle owners pay for the roads they use.

The provision authorized the state to collect an additional fee for the registration and renewed registration of electric vehicles and vehicles that use a combination of fuel and electric power, or hybrids. Commercial vehicle owners were excluded.

The 2021 legislation does not include that provision.

Advocates say the weight allowance being pursued is necessary because heavier equipment is required to power trucks operating on electric battery power and natural gas.

Rep. Greg Rothman, R-Cumberland, wrote in a memo to legislators about his bill that “electric battery-powered vehicles, similar to those powered by natural gas, weigh more due to heavier equipment required to power the truck.”

HB722 awaits further consideration in the House. The Senate version, SB153, is in the Senate Transportation Committee. LL 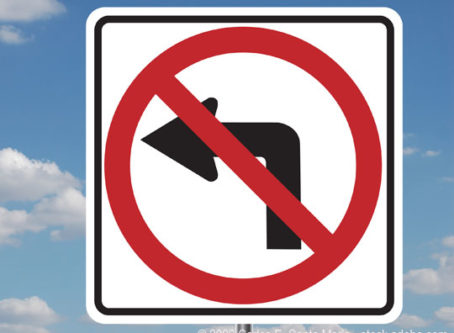 Taking a left turn can sometimes be a drag. One researcher says eliminating left turns can not only mitigate congestion, but also reduce crashes.

The Senate Commerce, Science and Transportation Committee’s version of a highway bill is moving forward.

The use of ticket cameras is a topic of discussion at statehouses from coast to coast as legislators pursue the revenue-generating devices. 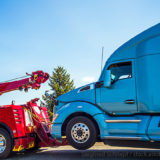