An effort in Rhode Island to put an end to the inclusion of an unfair clause in trucking contracts has taken a big step forward. The state Senate has voted to advance to the House a bill to prohibit indemnification clauses in trucking contracts. The clauses are set up to protect shippers or hold them […]

Roadside inspections on commercial motor vehicles will be conducted from Sept. 16-22 as part of the Commercial Vehicle Safety Alliance’s Brake Safety Week. “Properly functioning brake systems are crucial to safe commercial motor vehicle operation,” the CVSA wrote in a news release. “Brakes must be routinely inspected and carefully and consistently maintained so they operate […]

A former warehouse manager of an Ohio-based manufacturer and distributor of smoking accessories and “alternative lifestyle products” has been sentenced for illegally transporting hazardous material, according to federal court documents. The company was fined earlier this year. Charles Kaye, a former warehouse manager for the Perrysburg, Ohio-based Glow Industries, was sentenced on June 6 in […]

The Owner-Operator Independent Drivers Association and the National Motorists Association are asking a federal court to grant class action status to their lawsuit against the Pennsylvania Turnpike Commission. If granted, more than 100,000 motorists could be potential class members in a lawsuit that challenges the constitutionality of “excessive” toll increases on the Pennsylvania Turnpike. “The […]

Maryland plans to invest an additional $890 million to extend the northbound I-95 express toll lanes, Gov. Larry Hogan recently announced. The expansion brings the total cost of the project to $1.1 billion. According to a Maryland Transportation Authority (MDTA) news release, the project will provide two express toll lanes for more than 10 miles […]

The Federal Motor Carrier Safety Administration is closing the file on an ELD exemption request after the carrier that originally asked for relief withdrew its application. FMCSA announced in a filing in Monday’s edition of The Federal Register that it had received and accepted a request from Old Dominion Freight Lines to withdraw its request for an […]

The average cost for a gallon of diesel fuel nationwide dropped 2.2 cents on Monday compared to a week previous, according to the Energy Information Administration. On Monday, June 18, the EIA reported the U.S. average price per gallon of diesel cost 3.244. The price is 75.5 cents higher than a year ago. Following are […]

The Federal Motor Carrier Safety Administration has issued an interim final rule that delays several provisions of the medical examiner’s certification integration final rule from June 22, 2018 until June 22, 2021. The FMCSA originally announced the delay in April. According to the agency, the action was taken to provide FMCSA additional time to complete certain information technology system […] 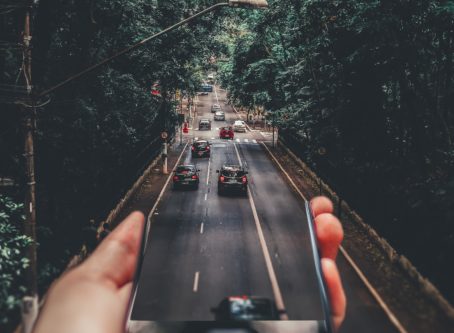 What’s the deal with smartphone brokers?

Convoy and Uber Freight are competing big time to attract owner-operators. The two web-based, app-powered brokers have added new services for carriers, particularly owner-operators and small fleets. But how well are they doing overall? Convoy and Uber aren’t the only smartphone brokers. They may not be the largest or even among the largest. We can’t […] 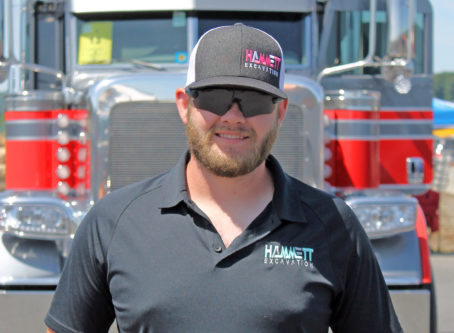 The Hammett family trucking business began in 1963, when Harry Hammett opened Hammett Excavation in Dodd City, Texas. His son, Gaylen, followed suit, and Gaylen’s son, Kaleb, is carrying on the family trucking tradition today, as a third-generation trucker. “All I ever wanted to do was drive a truck,” says 21 year-old Kaleb. “I grew […]