New rules in effect next week in Missouri include provisions addressing roadside inspections. Gov. Mike Parson signed into law the 78-page bill this spring that covers a variety of transportation issues, including a provision that addresses concern about random commercial vehicle inspections. The new law takes effect on Tuesday, Aug. 28. Previously SB881, the new […]

(Courtesy Port of Los Angles)   A new law in California is intended to end the “rampant exploitation” of truck drivers who haul cargo from the state’s ports. It takes effect on Jan. 1, 2019. About 25,000 truck drivers move goods between California’s 11 ports and various inland distribution centers, according to a bill analysis. […]

The York, Neb., water tower stands like a beacon for The Spirit

Fargo, N.D., with all of its wood chippers and other eccentricities, is in the rear-view mirror as Jon Osburn, skipper of OOIDA’s touring semi-trailer, heads to York, Neb. The Spirit of the American Trucker is scheduled to be at the Charley Endorf Petro Stopping Center on Aug. 27-29. The truck stop is at the junction […]

Truck owners have one more week before IRS Form 2290 is due and they have to pay the $550 fee that goes with it. The fee is the federal highway use tax for heavy vehicles. The current tax period for heavy vehicles began on July 1, and ends on June 30, 2019. The balance due […]

DALLAS – Addressing the media Thursday morning at The Great American Trucking Show, the Federal Motor Carrier Safety Administration chief, Ray Martinez, reiterated the need for driver’s comments on the advance notice of public rulemaking regarding changes to the hours of service. “This is an opportunity for people who are concerned about this issue to step forward […] 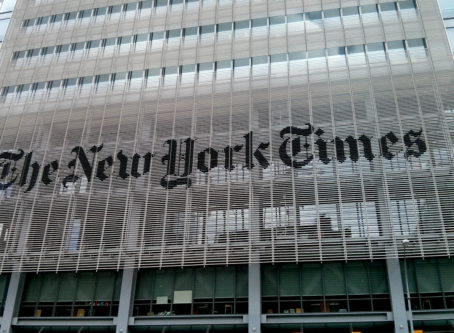 Last week, The New York Times whacked the American Trucking Associations up the side of its head with a 2-by-4. This week, the ATA picked itself up off the floor and responded. Sort of. In a lead editorial on Aug. 12 titled “The Trouble with Trucking,” the Times took on the case of the American […] 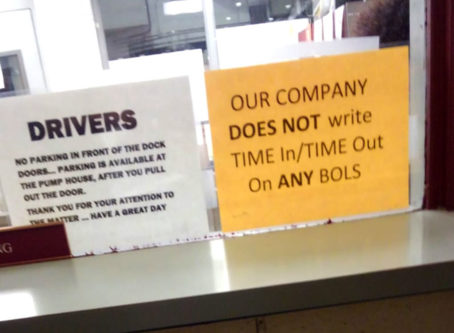 Distribution centers know your time is valuable, but do they care?

OOIDA member Mark Mounsey’s family has owned and operated trucks since before he was born. MSM Transport, out of Huntington, Ind., has 16 company trucks, 38 trailers and 14 leased owner-operators. They haul everything from eggs to building supplies and have done so for more than three decades. Last week, Mark posted an interesting photo […]

The Federal Motor Carrier Safety Administration is trying to make it easier for drivers to upgrade a Class B commercial driver’s license to a Class A CDL. FMCSA’s notice of proposed rulemaking, which published in the Federal Register on June 29, would reduce the training time and costs for Class B drivers to receive an upgrade. Comments on […]