A trailer manufacturer is off the hook in a products-liability lawsuit alleging the company was responsible for a side underride crash that left a 19-year-old with severe brain damage. The plaintiffs argued that an alternative design called a “telescoping side guard” would have at least mitigated the injuries. The alternative design, however, does not exist. […]

Rates fell for all equipment types on DAT MembersEdge even though load-to-truck ratios were up last week. There were 4 percent more load posts to choose from and 5 percent fewer truck posts. We’re in a bit of a transition period now as summer winds down. Let’s look at the Trendlines. Rates were lower The […]

By Special to Land Line | August 29

A new law now in effect in Pennsylvania puts on notice individuals who attempt to defraud consumers at fuel pumps. The new law is intended to deter payment card “skimming.” The devices are attached to external fuel pump payment card readers and ATMs. The small devices, or “skimmers,” can be installed within seconds. They are […] 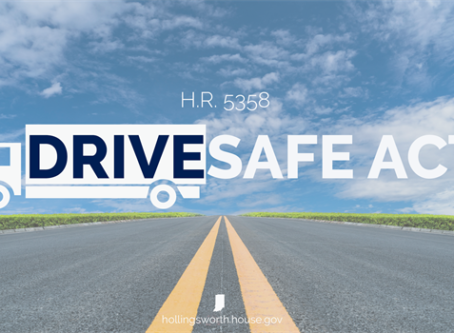 More stats show why DRIVE-Safe Act is a bad idea

Another statistic shows why allowing younger drivers to operate a commercial motor vehicle in interstate commerce is a bad idea. According to a recent report from the Governors Highway Safety Association, more than half of 328,000 drowsy driving crashes each year in the United States were caused by drivers younger than 25. “Driving inexperience coupled […]

The Federal Motor Carrier Safety Administration will host a public hearing Wednesday as part of its response to a National Academy of Sciences report aimed at improving the agency’s Safety Measurement System and the Compliance, Safety and Accountability program. FMCSA has scheduled a public meeting from 9 a.m. to noon on Wednesday, Aug. 29, in […]

After a year of ongoing negotiations, the United States and Mexico reached a preliminary agreement on a revamped North American Free Trade Agreement on Monday, Aug. 27. If Canada can reach a similar agreement, a finalized updated NAFTA may be within arm’s reach. On Monday, President Donald Trump and Mexican President Enrique Peña Nieto held […]

The Missing Truck Driver Alert Network uses its reach in the professional trucking community via social media to help family and friends locate a truck driver who is missing. The service began in February 2012. It is operated by Kari Fisher, wife of driver Lee Fisher, an OOIDA member. They can be reached via the network’s […]

One step closer to passage at the California statehouse is a bill intended to end the “rampant exploitation” of truck drivers who haul cargo from the state’s ports. About 25,000 truck drivers move goods between California’s 11 ports and various inland distribution centers, according to a bill analysis. In fact, more than 40 percent of […]

GBATS only one month away

In one month, 4 State Trucks and the Owner-Operator Independent Drivers Association are going to celebrate a pair of milestones. OOIDA, which is celebrating its 45th anniversary of fighting for the rights of truckers, is partnering with 4 State Trucks to present the 10th annual Guilty By Association Truck Show. The festivities will be Sept. 27-29 […]

The comment period is coming to an end on a petition to allow hazmat hauler Groendyke Transport to keep the pulsating brake lamps it has installed on many of its trailers. The Federal Motor Carrier Safety Administration is accepting comments until Aug. 29 on Groendyke’s request to add a pulsating taillight to its trailers in […]