An environmentalist group filed a lawsuit against the Environmental Protection Agency on July 17 over its recent decision to delay enforcement of a cap that would limit the number of glider trucks that could be built. The Environmental Defense Fund filed the lawsuit in the U.S. Court of Appeals for the District of Columbia. Earlier […]

DAT SOLUTIONS: Rates ease down as truckers go back to work

Everybody headed back to work last week after taking time off for the Fourth of July. Load posts at DAT MembersEdge were up 18 percent during the week ending July 14, but truck posts rose more, at 21 percent. Gains of 20 percent to 25 percent are more typical when you compare a full workweek […] 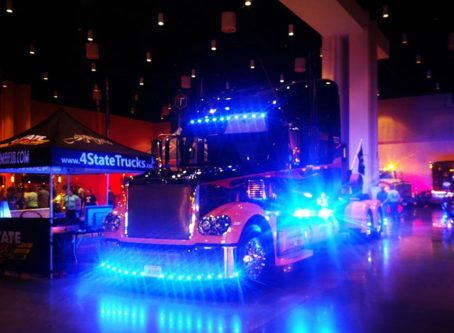 The fourth annual Gulf Coast Big Rig Show was held last weekend in Biloxi, at the Mississippi Gulf Coast Coliseum and Convention Center. It was a first-time show for George and I, and it won’t be the last time we attend this one. Held indoors, Gulf Coast is a smaller show. The convention center sits […]

The average cost for a gallon of diesel fuel nationwide on Monday for the most part stayed the same compared to the previous week, according to the Energy Information Administration. On Monday, July 16, the EIA reported the U.S. average price per gallon of diesel cost $3.239, less than a half cent than the week […]