In response to Pennsylvania Attorney General Josh Shapiro’s recent derogatory comments about glider kits and the truckers who use them, the Owner-Operator Independent Drivers Association is asking its Pennsylvania members to voice its displeasure. On July 18, a federal appeals court blocked the Environmental Protection Agency from exercising “enforcement discretion” on glider manufacturers while the […]

Kansas Turnpike tolls to rise in October but mostly for cars

OOIDA’s The Spirit pulls into Wilmington, Ill., home of the Gemini Giant

The next stop for OOIDA’s touring tractor-trailer, the Spirit of the American Trucker, is Wilmington, Ill. Jon Osburn, skipper of The Spirit, plans to be at the Wilmington Petro on July 24-25. After that he heads for the TopGun LargeCar Shootout truck show in Rantoul, Ill. If you get a chance, look for the Gemini Giant in […]

Littering along or near Pennsylvania roadways will soon carry a much harsher penalty. State law now sets fines for littering at $50 to $300. Repeat offenders face fines up to $1,000. Gov. Tom Wolf has signed into law a bill to boost fines for littering. Sen. Mario Scavello, R-Mount Pocono, said the stiffer punishment is […] 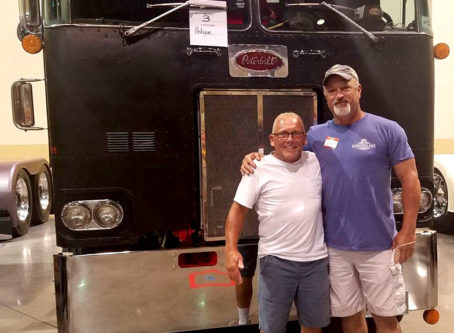